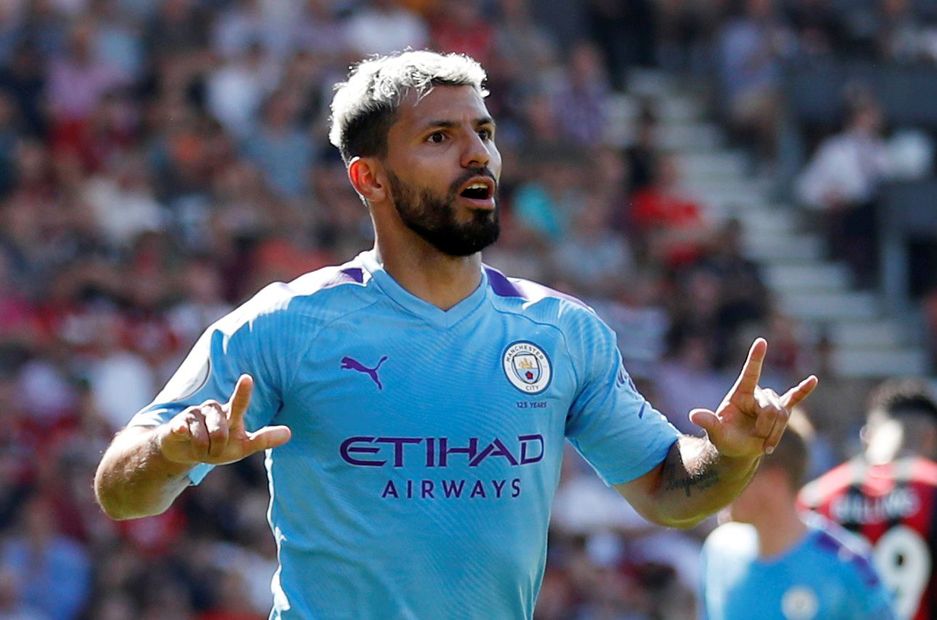 Manchester City are aiming to overtake early leaders Liverpool, having returned to winning ways in their last outing at AFC Bournemouth.

Brighton & Hove Albion head coach Graham Potter is seeking to give the reigning champions another scare. Potter was manager at Swansea City when they went 2-0 up in last season's FA Cup quarter-final, before ultimately losing 3-2.

Gabriel Jesus (hamstring) and Leroy Sane (knee) are out of action for Man City, while John Stones (thigh) will be assessed.

Benjamin Mendy is back in training but may have to wait until after the international break for his return.

Man City have won their last five matches against Brighton in all competitions. Four victories came in the league and the other, an FA Cup semi-final success in April this year.

Only one of Pep Guardiola's 32 top-flight defeats at City has come against an English manager. He lost to Roy Hodgson's Crystal Palace at the Etihad Stadium last December.

Brighton are seeking their first league win away to Man City at the 10th attempt.