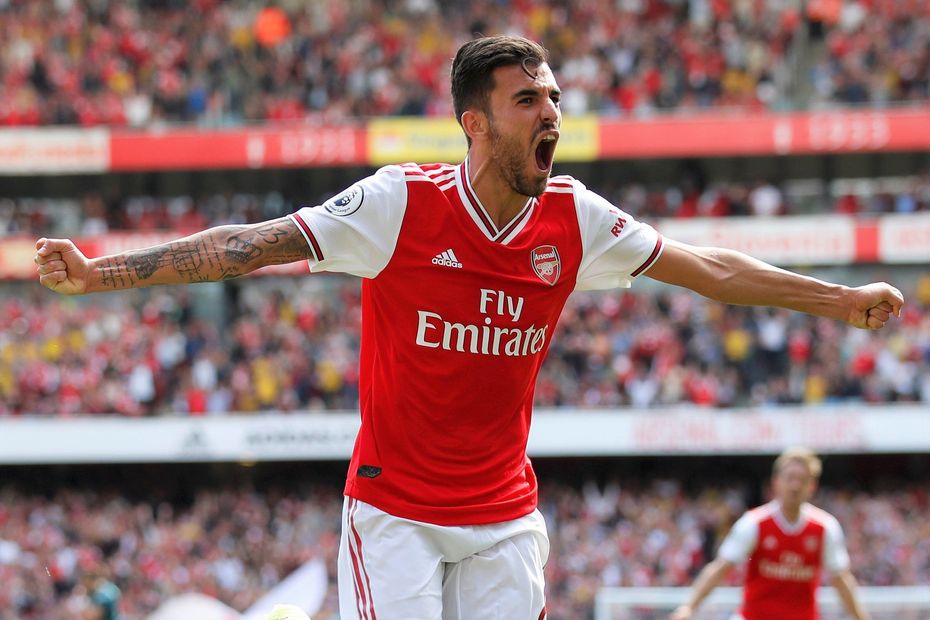 Interest in Dani Ceballos (£5.6m) has soared after the Arsenal midfielder enjoyed a dream home debut in Gameweek 2 of Fantasy Premier League.

The Spaniard made a major impact after being handed a first start of 2019/20 against Burnley.

Ceballos supplied the assists for both the Gunners’ goals in their 2-1 win on Saturday.

That has made him the top transfer target in midfield in FPL, brought in by over 310,000 managers.

Ceballos takes his place in a Dream Team that scored 124 points in a 3-5-2 formation in Gameweek 2.

His four saves helped Sheffield United to a clean sheet against Crystal Palace in their first home match of 2019/20.

The cut-price defender continues to profit from his role in midfield for the Blades. Lundstram’s winner against Palace has earned him more than 222,000 new owners ahead of Gameweek 3.

The wing-back is the third Sheffield United defensive player to make the Gameweek 2 Dream Team. Stevens earned one bonus point to go along with his clean sheet.

Liverpool’s wide man had a major impact in his first Premier League start of the season, producing a goal and an assist in a 2-1 win at Southampton.

A major differential in Gameweek 2, with only 1.5 per cent ownership, Lamela delivered a goal and an assist at Manchester City.

No team-mate bettered his totals of three shots or three chances created against Burnley.

The Brazilian proved decisive in the Toffees' victory over Watford, scoring the winner and earning the maximum three bonus points.

Man City’s playmaker provided both assists in the hosts' 2-2 draw with Tottenham Hotspur. De Bruyne now has three assists in the first two Gameweeks, already matching his tally for 2018/19.

The Norwich City striker scored a hat-trick at home against Newcastle to climb to the top of the FPL forward standings on 24 points. A massive 565,000+ managers have bought Pukki for his Gameweek 3 encounter with Chelsea.

West Ham United’s striker took advantage of his first start of the season by hitting the opener at Brighton & Hove Albion.