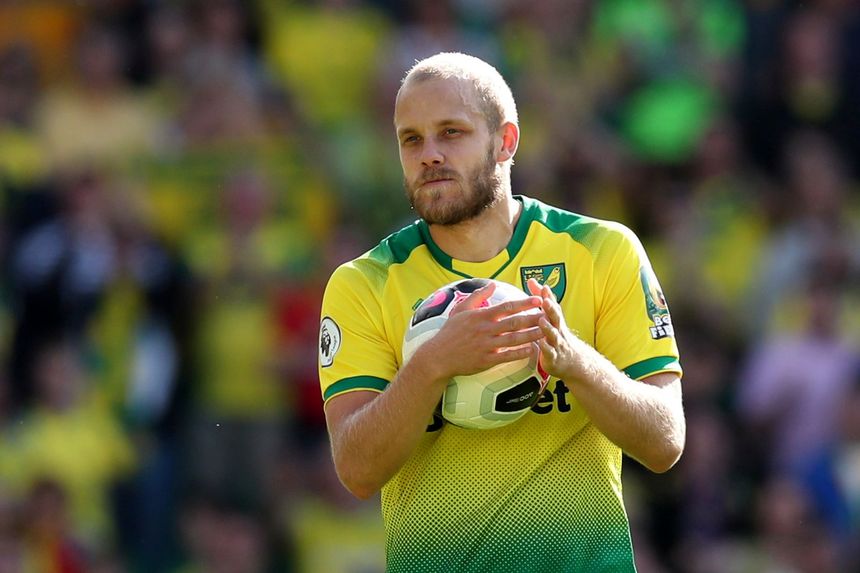 Leitner: We wanted to win for the fans External Link

Teemu Pukki ended a 26-year, 266-match drought for Norwich City with his hat-trick against Newcastle United on Saturday.

The Finn's treble at Carrow Road was the first for the Canaries in the Premier League since Efan Ekoku achieved the feat against Everton in September 1993.

Ekoku struck four times at Goodison Park, becoming the first player in the competition to do so.

Pukki also became the first Norwich player to score in his first two Premier League appearances for the club since Ashley Ward did so in December 1994.

Since the start of last season, Pukki has scored 33 league goals, more than any other player across the top four tiers of English football.

Norwich head coach Daniel Farke, though, was more pleased with other aspects of Pukki's game.

"They were really brilliant finishes from Teemu," Farke told Norwich's official website. "His workload was brilliant, and I remember him gaining possession back close to our own 18-yard box and this is exactly the mentality and spirit we need.

"It’s not about individual statistics and how many goals he scores, it's all about the team and for that he is so important for us so it was a brilliant performance from him."