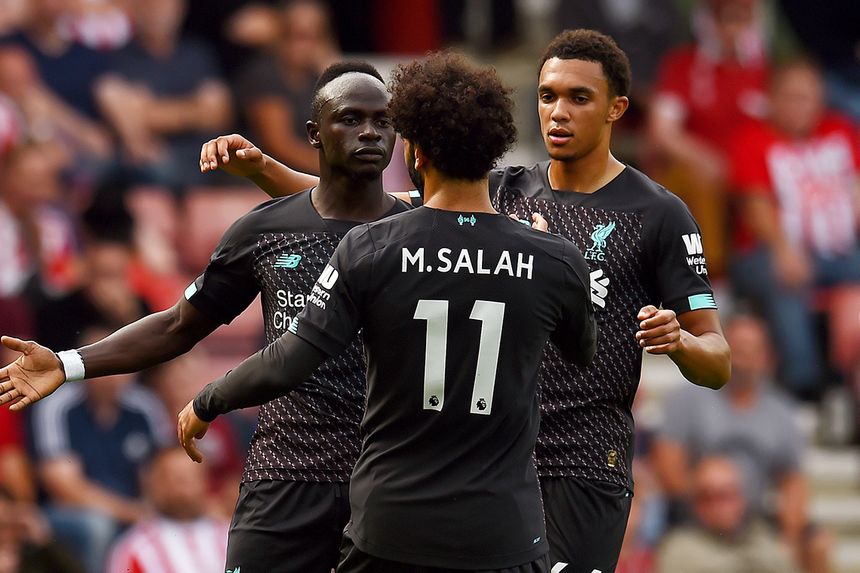 Gameweek 2 has been a contrasting one for those who captained Liverpool wingers in Fantasy Premier League.

Mohamed Salah (£12.5m) was the top choice, captained by over 1.8million managers for Saturday’s trip to Southampton.

But he failed to provide attacking returns in the 2-1 win, bringing in just three points.

Instead, it was Sadio Mane (£11.5m) who was the big success at St Mary’s Stadium.

The Senegal international was the sixth most-captained player, given the armband by more than 252,000 managers.

Mane scored once and also provided an assist to deliver 13 points.

The trio scored one goal apiece, registering six points each in Gameweek 2.

It was Sterling who was the most popular pick among the top managers in FPL.

The Manchester City winger was given the captaincy by 80 of the top 115, with 18 of those managers tied in the last spot inside the top 100, after his hat-trick at West Ham United on the opening weekend of 2019/20.

And Sterling justified that show of faith, firing his fourth goal of the season in the 2-2 home draw with Tottenham Hotspur.

Most captained by top 115 managers

Salah’s blank against Saints was a major blow to the 49,000 managers who played their Triple Captain chip on the Egyptian.

An injury to Liverpool goalkeeper Alisson (£5.9m) in Gameweek 1 had a huge impact on the transfer plans of FPL managers.

Marcus Rashford (£8.6m) was another popular pick, brought in by over 312,000 after scoring twice against Chelsea last weekend.

Indeed, Rashford is the only player from the top 10 captains yet to play.

Handed the armband by 228,000+ managers, the Manchester United forward will travel to Wolverhampton Wanderers on Monday.

Most transferred in players for GW2