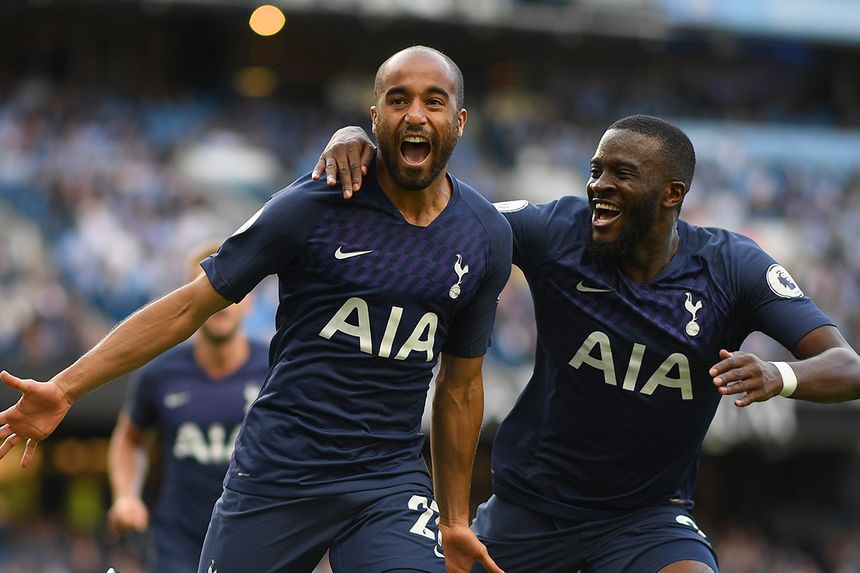 Lucas Moura scored with his first touch to earn Tottenham Hotspur a 2-2 draw with Manchester City and end the champions' 15-match winning streak in the Premier League.

City's frustration was compounded in stoppage time when Gabriel Jesus's late strike was overturned by a VAR review after a handball by Aymeric Laporte fell to him.

Spurs had twice battled back with Lucas scoring their second goal just 19 seconds after coming on as a substitute.

The hosts took the lead on 20 minutes, when Raheem Sterling scored for a second successive match, heading in Kevin De Bruyne's cross.

Spurs equalised shortly afterwards thanks to a strike by Erik Lamela.

Pep Guardiola's side regained their advantage before half-time when De Bruyne crossed low for Sergio Aguero to sweep home.

But, moments after coming on, Lucas headed in Lamela's corner with only their second shot of the match to earn his side a point.