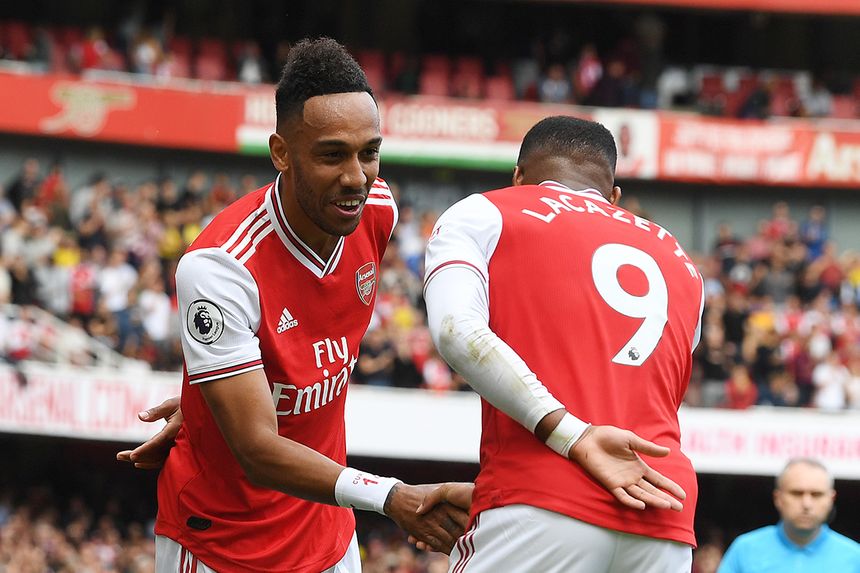 Alexandre Lacazette fired Arsenal into a 13th-minute lead when he turned in a crowded area and squeezed a shot in through Nick Pope.

Burnley twice came close through Chris Wood, who dragged a shot wide and then had his header saved by Bernd Leno.

The visitors were level two minutes before the break when Ashley Barnes struck his third goal in two matches.

On 64 minutes Aubameyang restored Arsenal's advantage, latching on to Dani Ceballos's second assist of the match, to send a low strike past Pope.

Unai Emery's side held on to win their first two matches of a Premier League campaign for the first time in nine seasons.