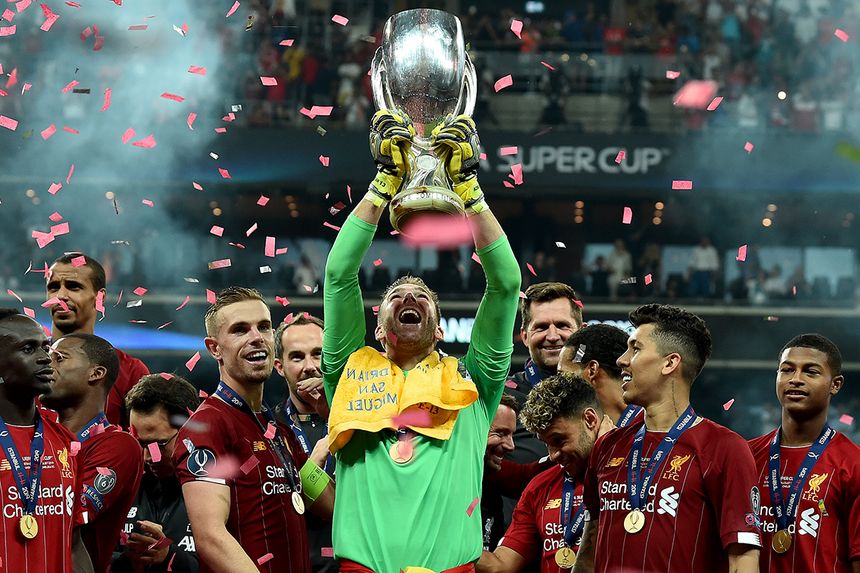 Liverpool won the UEFA Super Cup for the fourth time after beating Chelsea in a penalty shootout, with Adrian making a decisive save in his first start for the club.

Olivier Giroud gave Chelsea a half-time lead in normal time, scoring his 12th goal in 16 European matches for the Blues.

But Jurgen Klopp introduced Roberto Firmino at the break and the Brazilian made an instant impact, setting up an equaliser for Sadio Mane within two minutes of the restart.

The match went to extra-time and Firmino again teed up Mane as Liverpool took the lead.

However, Chelsea hit back five minutes later as Tammy Abraham was fouled by Adrian and Jorginho converted from the penalty spot.

A shootout was needed and Adrian, who joined Liverpool earlier this month and had to replace the injured Alisson during Friday's Premier League opener against Norwich City, denied Abraham to secure a 5-4 victory on spot-kicks.

Klopp’s side return to Premier League action with a trip to Southampton on Saturday.