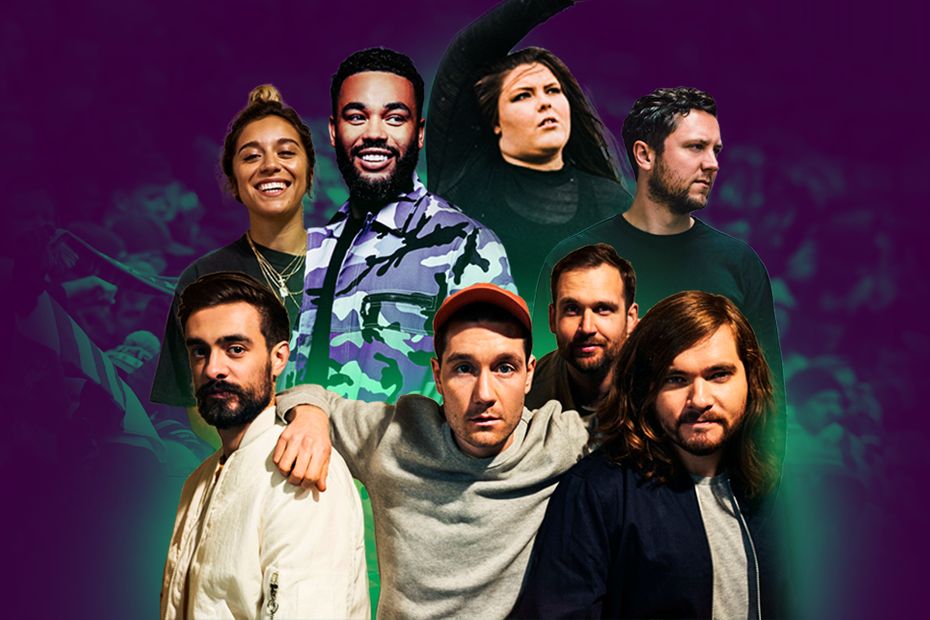 Artists including Bastille, Yungen and Hot Chip put their Fantasy management skills to the test and you can track their progress

League and Rapman team up for YouTube launch
Mumford & Sons: FPL is stressful, but I can’t miss out!
How to play FPL: A beginner's guide

They are used to fighting it out to be No 1 in the charts, but in the new season some of the world's biggest acts will also be going head-to-head in Fantasy Premier League.

A selection of artists you may recognise from the official FPL playlist on Spotify are taking part in the 2019/20 FPL Music League for the right to be the top Fantasy manager.

We will track the progress of Bastille, Kaiser Chiefs and many more of your favourite musicians turned FPL managers throughout the season as they strive to hit the right notes.

Follow @OfficialFPL to discover more about their journey each week.

Liverpool fan Chelcee has written songs for the stars, including Dua Lipa and Olly Murs. As well as a budding FPL manager, she plays professionally for Fulham!
FPL team name: ChelceeGFC

The band played their beloved Elland Road in June and are hoping Leeds United will be back in the Premier League by then. Simon Rix leads the charge to take them to the top of FPL.
FPL team name: Curly Wanderers

Bring Me The Horizon (@BmthOfficial)

Supporting Liverpool and Sheffield Wednesday, they have established themselves as key contenders in a new wave of British bands keeping alt-rock and indie vital for a new generation of fans.
FPL team name: TheSherlocks

As a member of The Wanted, Man City fan Max spent five years topping the charts. Max has since been writing and starred in the final season of Glee.
FPL team name: M Gees

The Liverpool fans are finishing a massive European stadium tour with the one and only P!nk, performing in over 10 countries to over 1.5million fans.
FPL team name: Romeo FC

Following their nomination for Breakthrough Act at the Brit Awards, the band have just been shortlisted for the Mercury Award 2019.
FPL team name: Idles Athletic

X-Factor Winners 2017 and former semi-professional football players, the Watford-supporting band are signed to Sony Music. They have two teams, one with Ash and another with Jamaal
FPL team name: Ash Rak-Su, Jam

One of the original players from the Music League's first season, Watford-mad George keeps across his team as he tours the world DJ'ing.
FPL team name: FC Avispon

One of the most versatile MCs on the music scene, the 24-year-old is a favourite among certain Premier League players, having linked up recently with Jesse Lingard of Manchester United, the team he supports.
FPL team name: SO FINE FC

Another Arsenal fan, the British producer is a true juggernaut in the world of drum and bass.
FPL team name: Withdean City

Hugo represents the band in FPL and recently chatted to Liverpool's official website about his love for the Reds.
FPL team name: Hatchet Gravers

Joseph's material has regularly featured as part of BT Sport's Premier League coverage but how many of his beloved West Ham United players can he get in his side?
FPL team name: JJJ FC

Since the release of "Yesterday’s Gone" Loyle has started a cooking school for kids with ADHD, created an award-winning rap for the UEFA Champions League final, campaigned for men’s mental health and fronted a worldwide YSL campaign.
FPL team name: Ben Coyle-Larner

The one-time Arsenal steward, now chart-topping hitmaker also runs his own FPL league, which you can join with the code cfqqr6.
FPL team name: JANGO BOYZ

The rising Greenwich rapper and artist is an Arsenal fan.
FPL team name: 9side

The Man Utd fans have named their FPL team after their ambitious new album, out in October.
FPL team name: Easter Is Cancelled

Fresh from a storming set at the 2019 PFA Awards, The Manor are challenging with two teams, one for Crystal Palace and one for Arsenal.
FPL team names: Inter Ya Nan, Everything's Starred

Having penned the official Premier League theme for Sky Sports and taken free-kick lessons from James Maddison, Tom is ready to take the Music League by storm. He also runs his own league: bdmqwz
FPL team name: Tom Grennan All Star

The Lewisham grime MC is fast on the rise since his Arsenal Premier League rap battle for BBC Sport.
FPL team name: LivinLegendz

The Nottingham duo, Arsenal and Man Utd supporters, are top of the charts with their summer smash "Strike A Pose".
FPL team name: 5ive Boyz