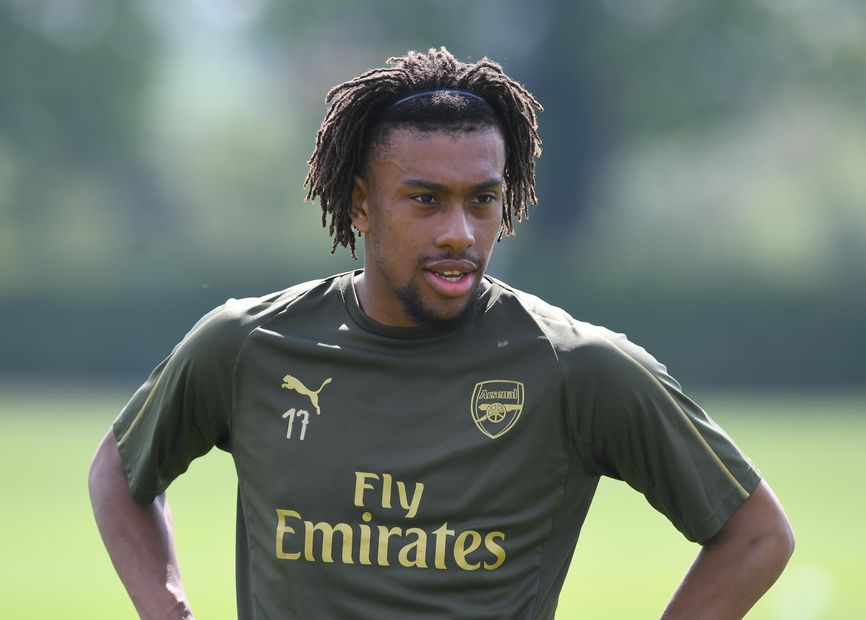 The August 2019 transfer window has closed. Below you will find all the ins and outs announced by the clubs.

See: All Summer Premier League transfers ahead of 2019/20 season

21:15 Everton have confirmed the signing of Alex Iwobi from Arsenal. The winger made 100 Premier League appearances for the Gunners after coming through their Academy.

Iwobi has signed a five-year contract at Goodison Park, having moved for an undisclosed fee.

20.00 Arsenal have announced the signing of David Luiz from Chelsea.

The 32-year-old centre-back has joined on a permanent deal for an undisclosed fee.

He is reunited with Gunners head coach Unai Emery, with whom he worked at Paris Saint-Germain.

"David has huge experience and I look forward to working with him again. He is a well-known player and adds to our defensive strength," Emery told the club's official website.

The 25-year-old has signed a five-year deal with the Foxes and becomes their fourth summer recruit after James Justin, Ayoze Perez and Youri Tielemans.

Blades bring in Verrips and Besic

Midfielder Muhamed Besic has joined from Everton loan, while the Blades have secured the signature of Dutch goalkeeper Michael Verrips on a free transfer.

"I'm happy with the trust that has been shown in me, and I'm looking forward to showing people what I can do," Verrips told the club's official website.

17.45 Ryan Sessegnon has made a rapid return to the Premier League, joining Tottenham Hotspur from relegated Fulham.

Heading in the opposite direction is midfielder Josh Onomah.

The 22-year-old switches to Craven Cottage on a permanent deal.

17.45 Danny Drinkwater has signed a loan deal with Burnley until 6 January.

The 29-year-old central midfielder joins from Chelsea, where he made 12 appearances and scored one goal in 2017/18.

He was an integral member of the Leicester City side that famously won the Premier League title in 2015/16.

See: Danny's The Boy for Clarets

The 23-year-old midfielder has joined on a season-long loan from Real Betis, with Spurs having an option to make the transfer permanent.

He becomes the UEFA Champions League finalists' third senior summer signing and the fourth Argentinian in the squad, playing under his countryman Mauricio Pochettino.

Spurs kick off their campaign against Aston Villa at 17:30 on Saturday.

17:07 The transfer window has now closed, but clubs have until 19:00 to finalise signings and six deal sheets have been submitted.

"It's an honour to have signed for City on loan," Carson told mancity.com. "It's something I didn't expect but an opportunity I simply could not turn down."

The 22-year-old has agreed a long-term deal after moving for an undisclosed fee.

Carroll returns to the Magpies

He scored 33 goals during his first spell with his boyhood club, before joining Liverpool in 2011.

"It feels very good. My friends and family are here, and it's the club that I support – it is home," said Carroll.

16.45 Everton defender Matthew Pennington will join Hull City on loan for the 2019/20 season.

Pennington spent the 2018/19 campaign on loan at Ipswich Town, where he made 31 appearances. He has made nine first-team appearances for the Toffees.

He previously represented Chelsea, West Bromwich Albion and Everton in the competition.

15:50 Brighton & Hove Albion have confirmed the signing of Aaron Mooy from Huddersfield Town on a one-year loan deal.

Head coach Graham Potter told Brighton's official website: "He has played very well over the past two seasons in the Premier League, and will bring a different option and added competition to our midfield."

15:40 Watford have announced the signing of Ismaila Sarr from Rennes.

The 21-year-old winger has agreed a five-year contract for a club-record fee.

He made 77 appearances for Rennes, scoring 18 goals.

The 30-year-old made 81 appearances and scored 20 goals in three and a half seasons at St Mary's Stadium.

How Premier League transfers get done

14:50: Have you ever wondered what happens behind the scenes during the Premier League transfer window?

From FIFA's Transfer Matching System to fax machines, read about how Premier League transfers get done.

14:05: Joao Cancelo has given his first press conference after joining Manchester City from Juventus last night.

"The Premier League is the best league in the world without any doubt," Cancelo said ahead of Saturday's opener against West Ham United.

"I'm looking forward to playing my first game here. I love the stadiums and the atmosphere.

"I'm here to help wherever I'm placed by the manager. I'm a right-back, but I'm a versatile player and can play in many positions, so I'll play wherever Pep asks me to play."

The 24-year-old was instrumental in the club's promotion last season, and was voted Fans' and Players' Player of the Season.

"I have loved every minute of my time at Aston Villa and I am delighted to commit myself to the club for the long term," McGinn told the club's official website.

Aston Villa kick off their 2019/20 Premier League campaign away against Tottenham Hotspur at 17:30 on Saturday.

11:40 Brighton & Hove Albion have added French right-back Romaric Yapi to their Under-23 squad, signing him from Paris Saint-Germain for an undisclosed fee.

The 19-year-old has agreed a one-year deal with an option for another year.

The Sweden international has signed a four-year contract with the Magpies after arriving for an undisclosed fee.

10:05 Nathan Redmond has put pen to paper on a new four-year contract at Southampton, having won the club's 2018/19 Player of the Season award.

The 22-year-old Switzerland international has signed a four-year deal after arriving for an undisclosed fee.

Ajeti scored 14 goals in 32 matches in the Swiss Super League last season and has already netted twice in his three fixtures so far this term in all competitions.