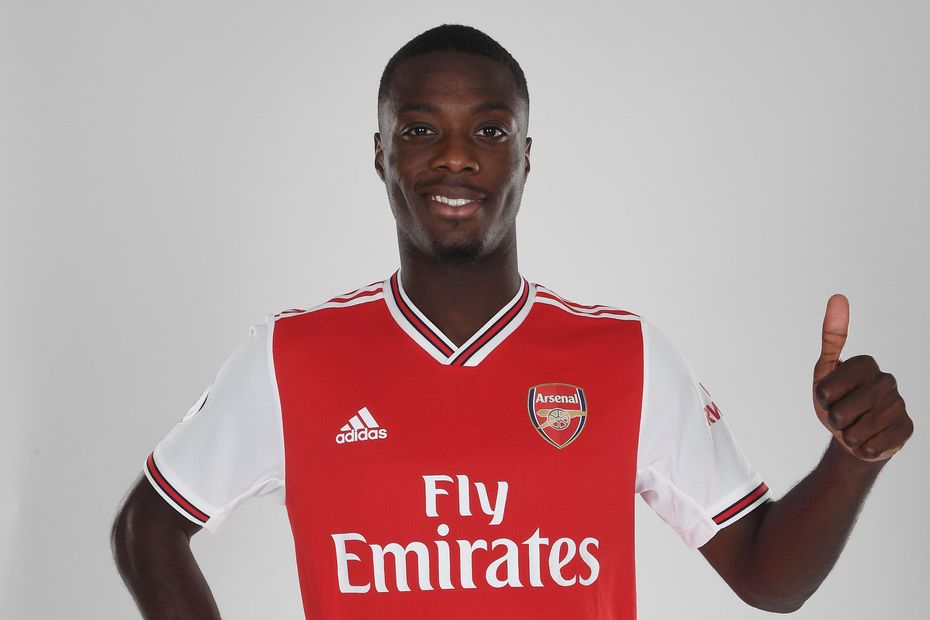 Arsenal have announced the signing of winger Nicolas Pepe from Lille for an undisclosed club-record fee.

The 24-year-old scored 22 goals and provided 11 assists in Ligue 1 during 2018/19 and becomes Arsenal's fourth recruit of the summer transfer window.

"Signing a top-class winger has been one of our key objectives in this transfer window and I'm delighted he's joining," head coach Unai Emery told the club's official website.

"He will add pace, power and creativity, with the aim of bringing more goals to our team."

He will wear the No 19 shirt at Emirates Stadium and will hope to make a Premier League debut when the Gunners begin their new campaign at Newcastle United on Sunday 11 August.

Arsenal's final pre-season match is against Barcelona on Sunday 4 August.