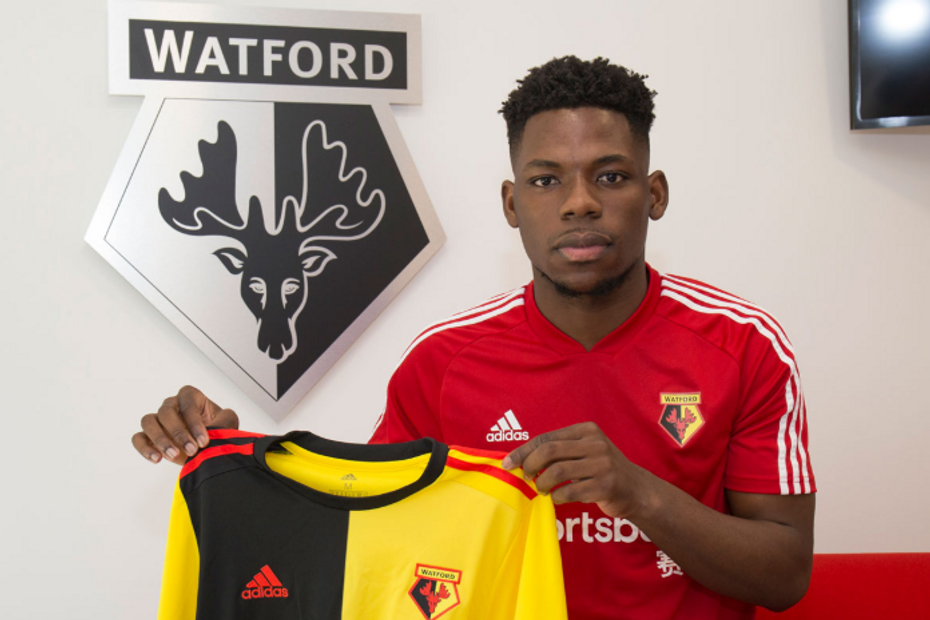 Watford have announced the signing of Tom Dele-Bashiru on a six-year deal.

Dele-Bashiru joins Watford on a free transfer after his contract with Manchester City expired this summer.

The 19-year-old is a central midfielder and made his senior debut in the EFL Cup in December 2017.

He is the Hornets' second first-team signing of the summer after defender Craig Dawson from West Bromwich Albion.

The Nigeria Under-20 international has played regularly at Premier League 2 level and will hope to make his Premier League debut when Watford host Brighton & Hove Albion on 10 August.