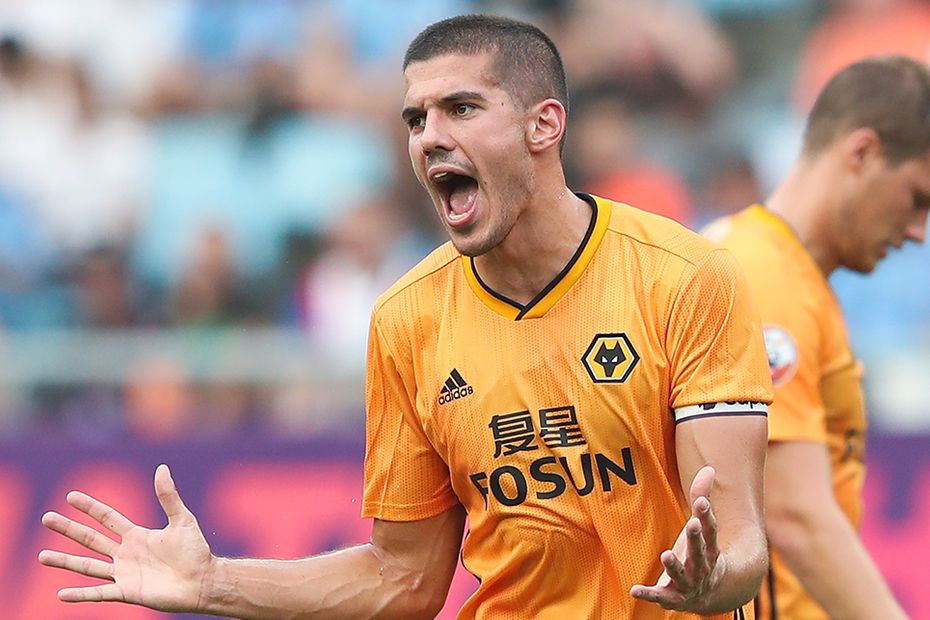 Wolverhampton Wanderers captain Conor Coady says he is relishing his role at the heart of his side's defence, after leading them to a penalty shootout victory over Manchester City in the Premier League Asia Cup final.

Coady, who was deployed as defensive midfielder when coming through the ranks at Liverpool and when on loan at Sheffield United, now plays in the middle of a back three in a 3-5-2 formation under Nuno Espirito Santo.

The 26-year-old is thriving in the role and gave another fine display as Wolves weathered the early storm against the Premier League champions in Shanghai, before winning out on penalties following a 0-0 draw.

'I really enjoy it'

"I really enjoy it," he said. "I have some fantastic players around me who don’t half help me as well, with obviously Ruben [Neves] in front who sits and protects really well and the two boys either side.

"So the boys are working well. That's all we can ask for as a team, and we're enjoying every single minute of playing at the minute."

Coady was ever-present in that campaign and paid tribute to his head coach for leading them into Europe.

"The manager changed the whole direction of the club with his staff.

"More importantly, I knew when he was coming in the calibre of manager that was coming in and I wanted to learn. It was as simple as that.