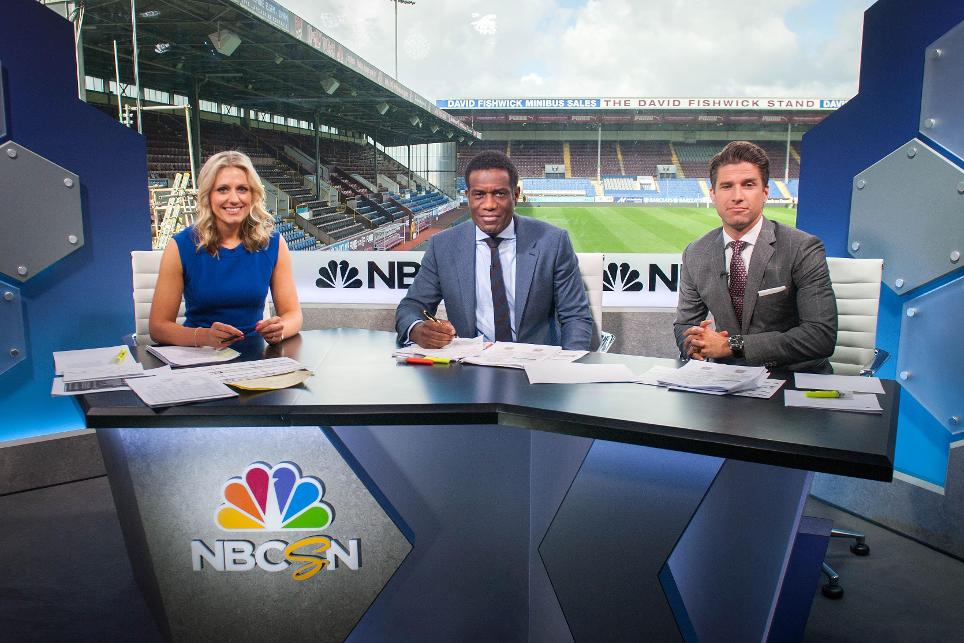 This weekend marked an important milestone for NBC Sports Group when their Premier League Live pre-match show celebrated its 300th episode on Sunday.

Since winning the rights to show the Premier League in the United States of America from 2013/14 NBC’s coverage has gone from strength to strength.

The 2015/16 season was its most successful yet with NBC Sports Group’s coverage reaching more than 36 million viewers, a record and an increase of 26% over the previous season’s 28.7 million.

The average number of viewers has grown to 514,000 per match window.

Premier League Live has gone on the road around the grounds at England, hosting coverage live from places such as Emirates Stadium and Turf Moor. This might also explain how its broadcast crew has consumed close to 1,000 cups of tea since the coverage started.

“That helps to make Premier League Live a staple of weekend watching and we are proud to have reached this milestone.”

For more on how to get NBC Sports’ coverage go to NBCSports.com or download the NBC Sports app, NBC Sports Group’s live streaming product for desktops, mobile devices, tablets, and connected TVs.