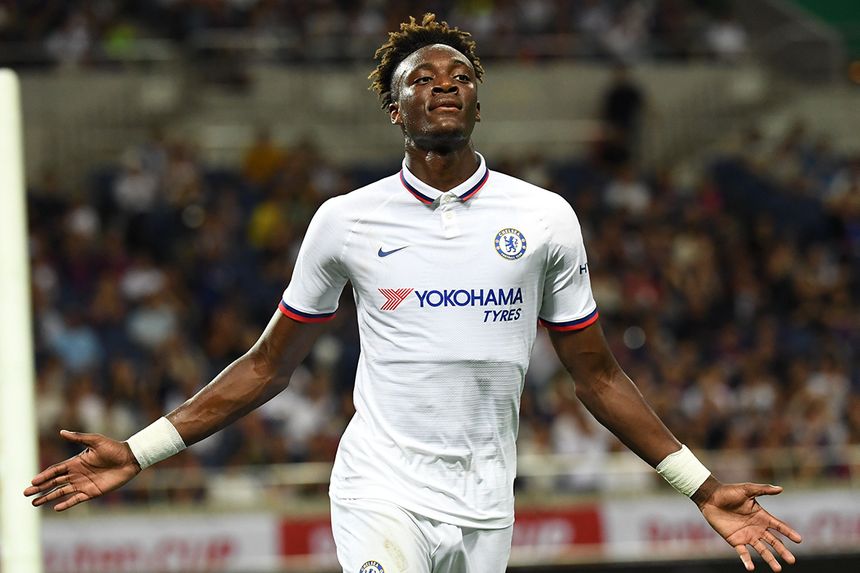 Managers in Fantasy Premier League can now add Tammy Abraham and Michy Batshuayi to their squads.

The strike pair were among the players loaned out by Chelsea last season but both are now available in FPL at a price of £7.0m.

Abraham recorded 26 goals and three assists in 40 matches for Aston Villa in the Championship last season.

And Batshuayi impressed while at Crystal Palace in the second half of 2018/19, netting five goals in 11 Premier League appearances.

They will compete with Olivier Giroud (£7.0m) up front for Chelsea.

Abraham appears to have staked an early claim to be a regular under new head coach Frank Lampard.

He started as a lone striker and scored the opener in a 2-1 win over Barcelona on Tuesday.

Chelsea’s schedule over the opening months means their key attackers can provide a big source of value for FPL managers.

The 19-year-old has scored four goals in pre-season and is identically priced to Mason Greenwood and Eddie Nketiah (both £4.5m) in the game.

Greenwood and Nketiah have also been on the scoresheet this summer and are owned by 10.7 per cent and 5.1 per cent respectively.

Boosting the back line

The right-back signed from Caen in January but was loaned back to the French side for the remainder of 2018/19.

Guilbert has already caught the eye for Villa, producing an assist in a 3-0 win over Minnesota United last week.

According to the Fixture Difficulty Rankings (FDR), seven of their first nine opponents score just two.