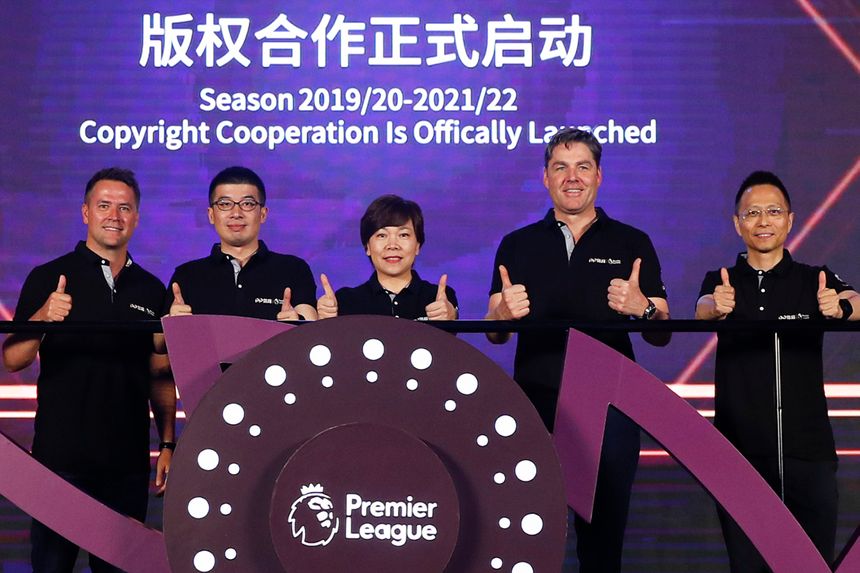 The Premier League has officially launched its new three-year broadcasting partnership with PP Sports in China.

The launch took place at the Suning Bellagio Hotel in Shanghai on the eve of the 2019 Premier League Asia Trophy finals day.

Manchester City are playing Wolverhampton Wanderers in the final at Hongkou Stadium, following the third/fourth place play-off between Newcastle United and West Ham United at the same venue.

The first fixtures took place in Nanjing, where PP Sports owners Suning's headquarters are based.

More than 300 people were at a launch press conference, with Michael Owen making an appearance on stage.

Among the guests was Premier League Interim Chief Executive Richard Masters, who said: "We are delighted to be here to officially launch our partnership with PP Sports.

"We have witnessed fantastic support during the 2019 Premier League Asia Trophy and look forward to working closely with PP Sports for the next three years to bring Premier League football to our growing fanbase in China."

Suning CEO Sun Weimin said: "Have no doubt, we will continue to increase our investment in the sports industry.

"PP Sports can become the vehicle and medium to connect resources, commercialisation and football together in one ecosystem. Commerce and football, this is Suning's real area of expertise."

They will also use live broadcast, images and articles, short-form video, fan zones and offline events to provide supporters with a rich experience and content.