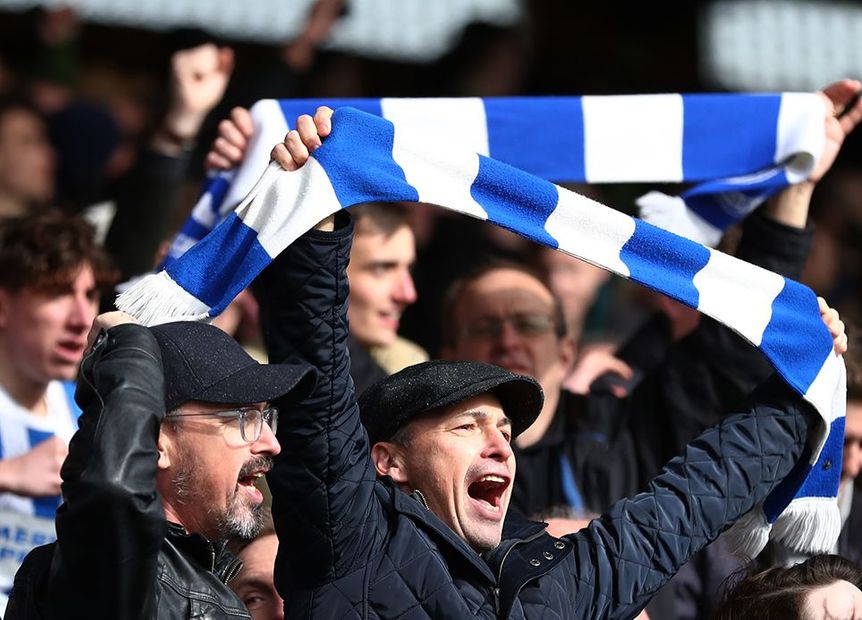 Not only have Brighton & Hove Albion brought the feel-good factor back for their fans since reaching the Premier League, their success has also hugely benefited the region, according to an independent report.

The study carried out by management consultants Marshall Regen and the University of Chichester found that the club's contribution to the local economy in 2017/18 was £212million.

"When you consider the club is about to embark on its third year in the Premier League, that contribution at the end of the three-year period will be in excess of £600 million, which is quite staggering," Brighton's executive director Martin Perry told the club's official website.

The report, commissioned by the club, shows that Brighton are responsible for 2,200 jobs, with more than 90 per cent living locally in the Sussex area.

The club and their employees pay £54million to the Treasury each year.

More than 100,000 people visited the AMEX Stadium for non-matchday events including conferences throughout 2017/18.

Combined with spending by home and away fans, this provided more than £8.5million for the local visitor economy.

Albion were watched by a global TV audience of 102million people in their first season in the Premier League, boosting the city's international profile.

The club's charitable arm, Albion in the Community, also made a significant contribution estimated at about £28.75million based on the number of people who benefited from its activities.

The foundation runs over 60 courses for more than 43,000 participants and supports people into employment, education and training.