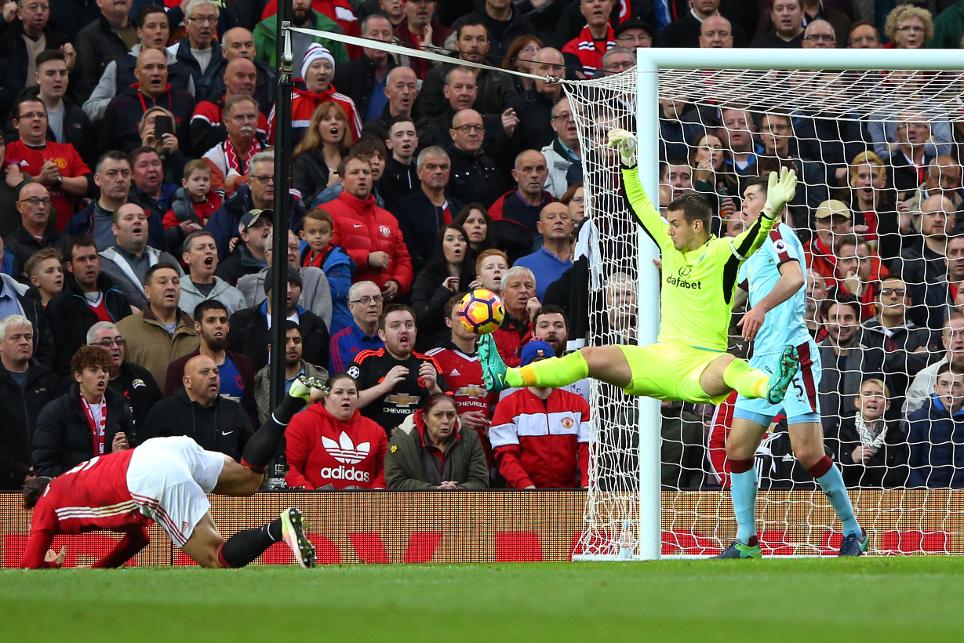 Burnley had goalkeeper Tom Heaton to thank as they secured their first away point of the season with a hard-fought 0-0 draw against 10-man Manchester United.

Jose Mourinho’s side had 37 efforts on goal, only for Heaton to produce a series of stunning saves.

The home side continued to turn the screw in the final 20 minutes despite being reduced to 10 men when Ander Herrera was sent off for a second booking.

Mourinho was also sent to the stands by Mark Clattenburg.

Substitute Wayne Rooney could have won it for United in stoppage time but his shot from the edge of the box flew just over.