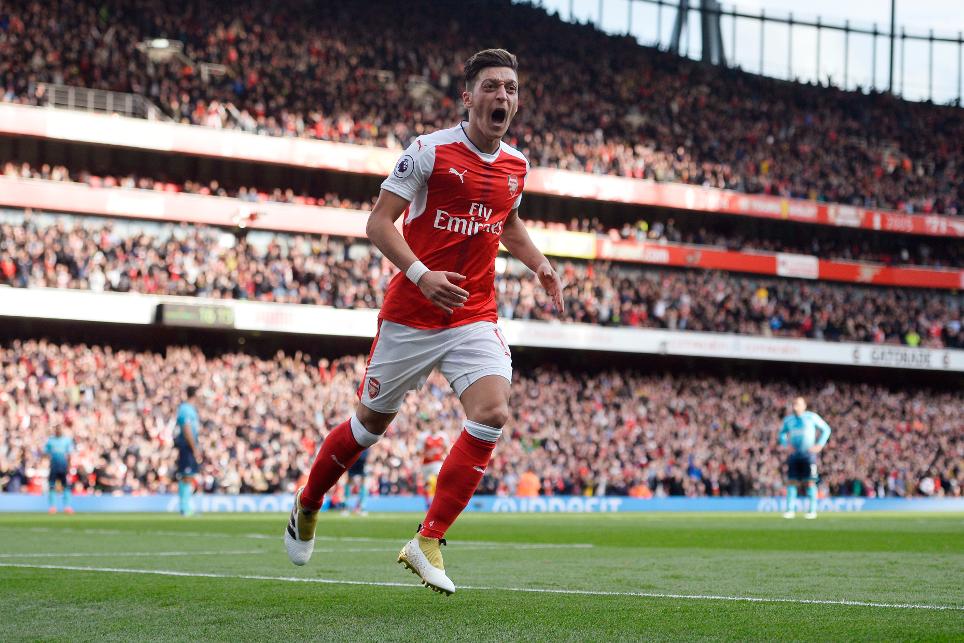 With five strikes in last six matches, Arsenal midfielder can outgun team-mates in GW10, says to The Scout

'Carl showed how professional he is' External Link

'We put our game plan to good effect' External Link

Having fired a flurry of goals in recent matches, Mesut Ozil has become a key target for Fantasy Premier League managers ahead of Gameweek 10.

Despite scoring three goals in seven starts, with five in his last six in all competitions, Ozil (£9.6m) resides in just 8.7% of FPL squads.

With Olivier Giroud (£8.8m) hampered by injuries, Sanchez's new position up front has given Arsenal greater mobility in the final third, allowing Ozil to become more instrumental in the opposition penalty area.

He has also become more single-minded in possession this season.

Indeed the German has yet to collect a single assist this term but, since his first start in Gameweek 3, has registered more key passes (18) than any team-mate.

Although Giroud returned to action in the EFL Cup win over Reading, he is likely to be restricted to minutes off the bench, used as a Plan B by Arsene Wenger late in matches against stubborn, deep-lying defences.

With Sanchez expected to lead the line at Sunderland in Gameweek 10, Ozil is well-placed to profit.

One of only two sides yet to register a clean sheet, David Moyes's men are bottom and have conceded 18.4 shots per match, better than only Hull City (21.6) and Burnley (19.4) over the opening nine Gameweeks.