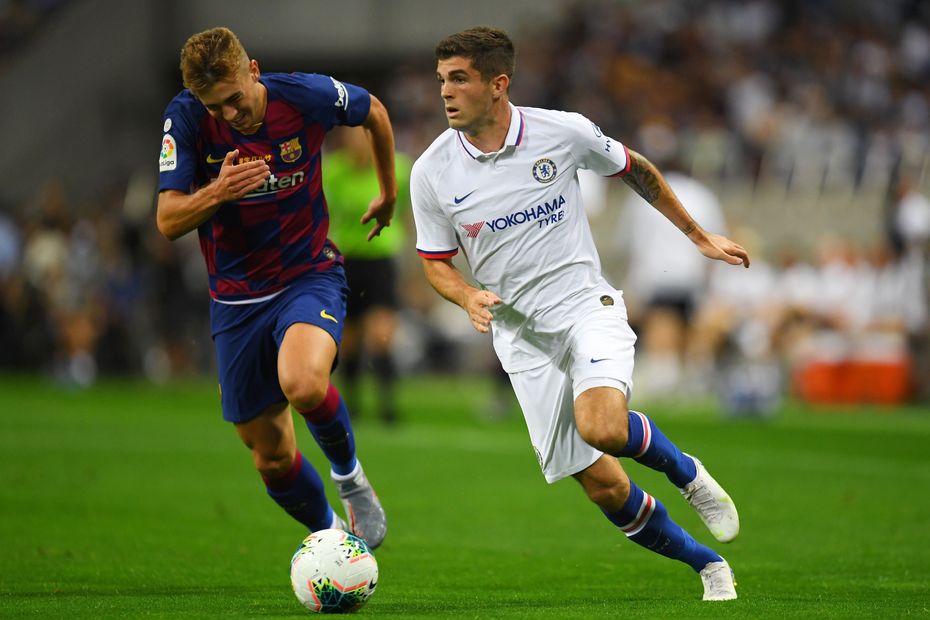 Frank Lampard's first goal as Chelsea's new head coach is to implement a system that lessens the impact of Eden Hazard's departure.

Hazard was a dominant figure in all aspects of Chelsea's forward play in 2018/19, producing end product far in excess of any team-mate.

On an individual level, hopes are high that new signing Christian Pulisic will make an impact.

The American's versatility in playing on either flank or centrally behind the striker will be useful to Lampard.

Ruben Loftus-Cheek is also likely to be a key figure when he eventually returns from injury, having scored six Premier League goals last season despite limited minutes.

But Lampard will certainly consider using a new formation that suits the collective and ensures a regular supply of goals.

The Blues' new head coach experimented with a 4-4-2 midfield diamond in a 4-0 friendly win against St Patrick’s Athletic, a system which allows him to pick two strikers.

He has also been known to favour a 4-2-3-1 formation. This was confirmed by Olivier Giroud.

"It’s a good point because it’s important to be able to adapt to the opponent. He doesn’t stick to one idea and he is open minded."

Kante created 46 chances, the third-most of any Chelsea player, and weighed in with four goals and four assists in a solid 2018/19 campaign.

Meanwhile the Blues conceded just one more goal compared to 2017/18 and kept the same number of clean sheets, with 16.

However, this tactical tweak was not so successful defensively away from home.

Without Kante shielding the back line, Sarri’s men lost seven on the road, finishing with a -3 goal difference.

Chelsea fared even worse away from Stamford Bridge than in 2015/16, when they finished 10th.

When Jorginho was nullified, Chelsea's defence was put under pressure and cracks appeared.

Lampard has quality midfield options and could choose a Jorginho/Kante double pivot.

But if the Chelsea legend only wishes to use one holding midfielder, I would expect him to pick the Frenchman.