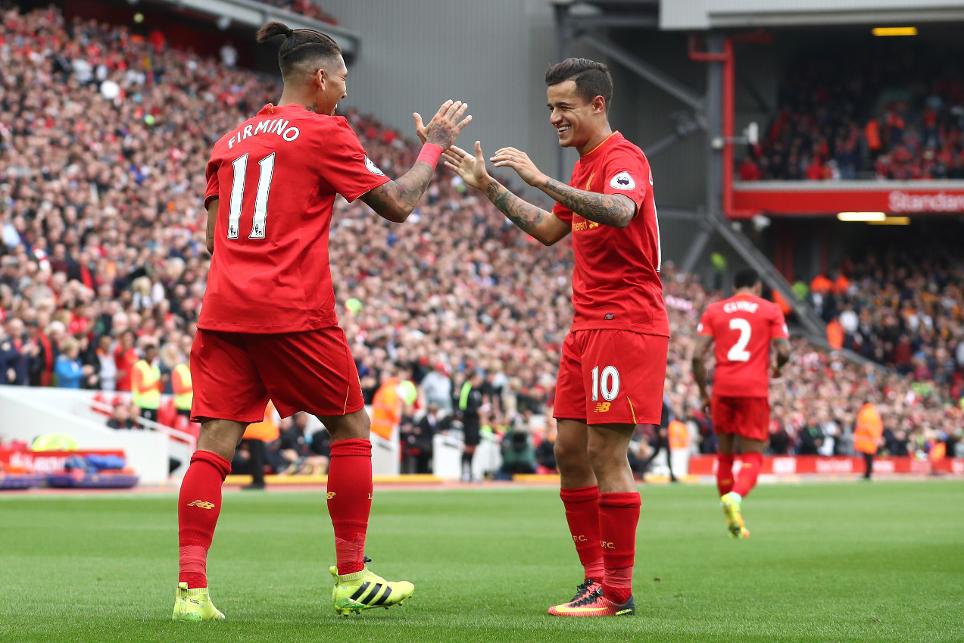 Firmino exclusive: The Brazilian on pressing, scoring and celebrating External Link
'The support of fans is amazing in every game' External Link

"Having players in England is very important, to keep the awareness and respect of Brazilian football all over the world."

A delegation from Brazil was inspired by the success of the Premier League and its clubs during a visit to England earlier this month.

Former players, coaches, officials from their national league and those working in the grassroots development of the Brazilian game spent some time at the Premier League headquarters in London before visiting clubs across England; Liverpool, West Ham United, Arsenal, Manchester City and Everton.

Delegates from @UdoFutebol are visiting the Club's facilities today. This morning, they were at Chadwell Heath 👍 pic.twitter.com/tY6rOgSVQc

During their trip they were given presentations on a variety of topics, from club values and fan engagement to youth development and player education.

When they went to Liverpool they watched Brazilian duo Roberto Fimino and Philippe Coutinho play a starring role in the Reds' 2-1 victory over West Bromwich Albion at Anfield, rounding off a successful trip for the delegation, who engaged with PL clubs and gained all-important knowledge on how the League became the most-watched in world football.

"We’re working through this path to development, to inspire ourselves in good practices all over the world," said Eduardo Conde Tega, chief executive officer of University of Football in Brazil, who arranged the trip with the Premier League.

"We have several issues nowadays, involving low attendance, an awful calendar. We don’t have a strategy, we don’t have the big picture on how to make things better in the 21st century, to produce what we had in the past – the creativity, the imagination, the beautiful game.

"Here we are with people who do football in Brazil and it’s a brilliant opportunity to detect what you have done through this path until now, to become the major league in the world."

One of the delegation members was former player Anderson Simas Luciano (known as Tcheco), who was reunited with Liverpool midfielder Lucas Leiva, who played with him at Gremio in his native Brazil before departing for Anfield in 2007.

Tcheco, who also played with Corinthians and Santos in his successful career in Brazil, is now inspiring the next generation as a coach.

"The purpose of the trip is to get to know a different football school from the one I had in Brazil, a difficult culture of football," Tchecho said.

"The most important things in the world, especially in the Premier League, attract the players, and this is one of the greatest difficulties, to try and reach a virtuous circle that you have reached at the Premier League.

"Having players in England is very important, to keep the awareness and respect of Brazilian football all over the world. Generating players for the national team, being here is a very important for us."