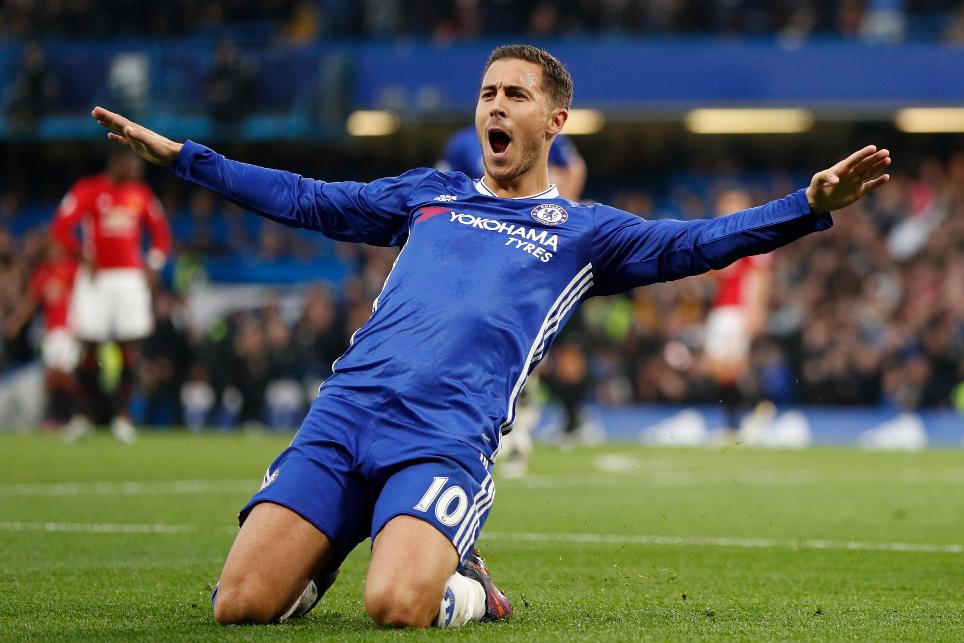 Reaction: One for the fans External Link

The Spaniard scored 41 in the BPS with team-mates Gary Cahill (£5.9m) and Cesar Azpilicueta (£6.0m) claiming the remaining points with 39 and 37 respectively.

His goal, four penalty-area attempts and four crosses underlined his buoyant form which has produced back-to-back goals; the Belgian has managed four goals in as many starts for club and country.

The former Leicester City midfielder scored his first Chelsea goal and created two opportunities for team-mates, via 36 successful passes in the opponents' half – more than any other Blues player.

Since being swept aside by Arsenal in Gameweek 6, Chelsea have won three successive matches, scoring nine goals without reply.

This has coincided with Antonio Conte's decision to move to a back three supported by wing backs, producing defensive stability and galvanising the midfield.

The 17.8%-owned Hazard appears to have been the main benefactor, although Kante and Pedro are offering an improved attacking threat, while Nemanja Matic (£5.0m) has returned three successive assists.

He also avoided a fifth yellow card of the season; however, Costa remains a single booking away from a one-match ban and could be at risk if he faces West Ham United in the EFL Cup on Wednesday.

At the back, Marcos Alonso (£5.9m) continues to warrant interest.

He has had more attempts on goal (6) than any other defender since Gameweek 7 onwards and has provided six chances for team-mates from left wing-back; only Manchester United's Daley Blind has laid on more opportunities over the same spell (7).

For United, Zlatan Ibrahimovic (£11.3m) is now without a goal in five Gameweeks, despite generating the most attempts (23) among FPL forwards during that timeframe.

Once again, he is currently the most transferred-out player ahead of Gameweek 10, with more than 46,000 shipping the struggling striker.

An Old Trafford meeting with Burnley and a trip to Swansea City might just slow the exodus, with his ownership levels now below 40% for the first time since Gameweek 2.