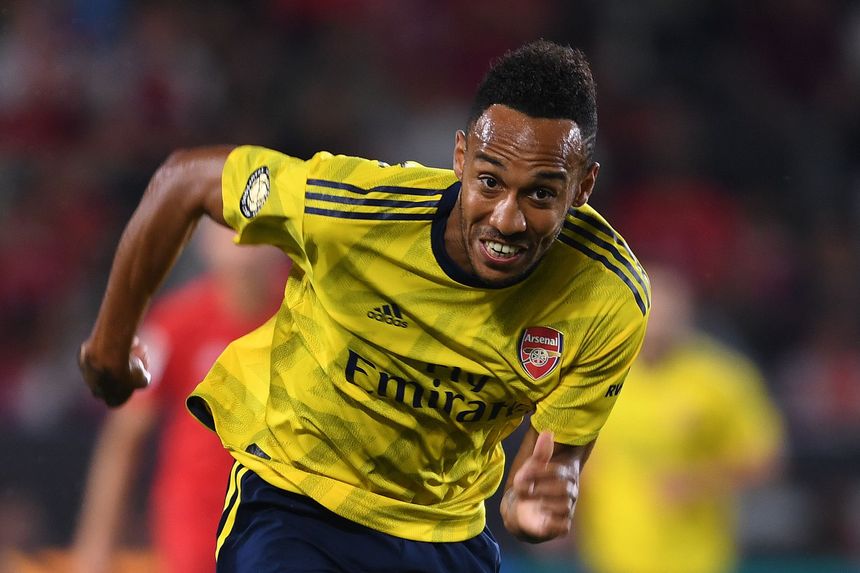 Four things we noticed: Bayern 1-2 Arsenal External Link
Man Utd must rebuild from the back

There are a number of areas for Unai Emery to address heading into the new season, but developing a clear identity should be top of the list.

As he settled into his role with the Gunners in 2018/19, the Spaniard tinkered with the team's shape, tactics and personnel.

Alternating between a back three or back four on a match-by-match basis, he used eight different formations during the campaign.

While Emery's flexibility can be seen as a plus, as it keeps rival managers guessing, Arsenal struggled to develop fluency and a settled pattern of play.

At times they chose to press high, while on other occasions they dropped off.

Emery's men were widely expected to press as a matter of course, but 10 Premier League sides won possession in the final third more often than them in 2018/19.

In previous seasons Arsenal have been known for free-flowing attacks. But they played in a more restricted way last season and did not test goalkeepers often enough.

Although only Manchester City (95) and Liverpool (89) bettered Arsenal's 73 goals, the Gunners had far fewer goal attempts than their top-six rivals.

A more settled playing style may help, but Arsenal should also look to bring in players who offer more penetration in the final third.

In wide areas they need traditional wingers who can beat their markers and deliver quality crosses.

Alex Iwobi and Sead Kolasinac were the only two Arsenal players to reach double figures for accurate crosses last season, with 12 each.

Accomplished strikers like Alexandre Lacazette and Pierre-Emerick Aubameyang deserve better service than that.

It would also be wise for the Gunners to recruit a box-to-box midfielder to fill the gap left by Aaron Ramsey.

The defence will lack protection unless a similarly effective player in the same mould can be found.

Arsenal conceded 51 goals last season and kept just one away clean sheet, the worst record in the league, so it is crucial they strengthen their defence.

They arguably need a new left-back and two more centre-backs.

Arsenal have had a better structure under Emery but poor marking, concentration and decision-making meant their goalkeeper was often under pressure last season.

Better defenders must arrive this summer to tighten up a rearguard that offered up significantly more chances than the Gunners' top-six rivals.