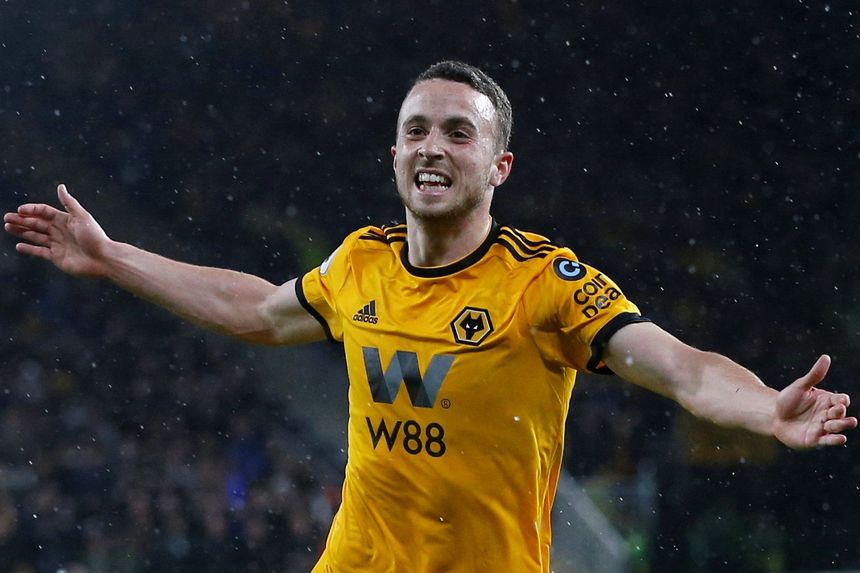 The Wolverhampton Wanderers forward had a quiet start to 2018/19 but a change of position in Gameweek 15-38 transformed his season.

Jota did not produce a goal or assist playing as a left winger in the opening 14 Gameweeks.

Jota's stats are favourable compared to strike partner Raul Jimenez (£7.5m), who produced 10 goals and four assists in his 24 appearances during the same period.

Despite his inviting price tag of £6.5m, Jota has been largely ignored by managers since FPL launched three weeks ago. He has been selected by only 11.4 per cent of squads.

By comparison, Jimenez is the most popular player in the game, picked by 42.5 per cent.

The Mexican ended as the third top scoring forward in FPL on 181 points.

However, Jota has been reclassified from a midfielder to a forward in FPL this season.

And his early schedule suggests he could quickly appeal to those in need of a cut-price striker.

Jota scored four goals over his previous two match-ups with those opponents, including a hat-trick against the Foxes.

If he can find that form again, it won't be long before more managers find a place for Jota in their line-ups.