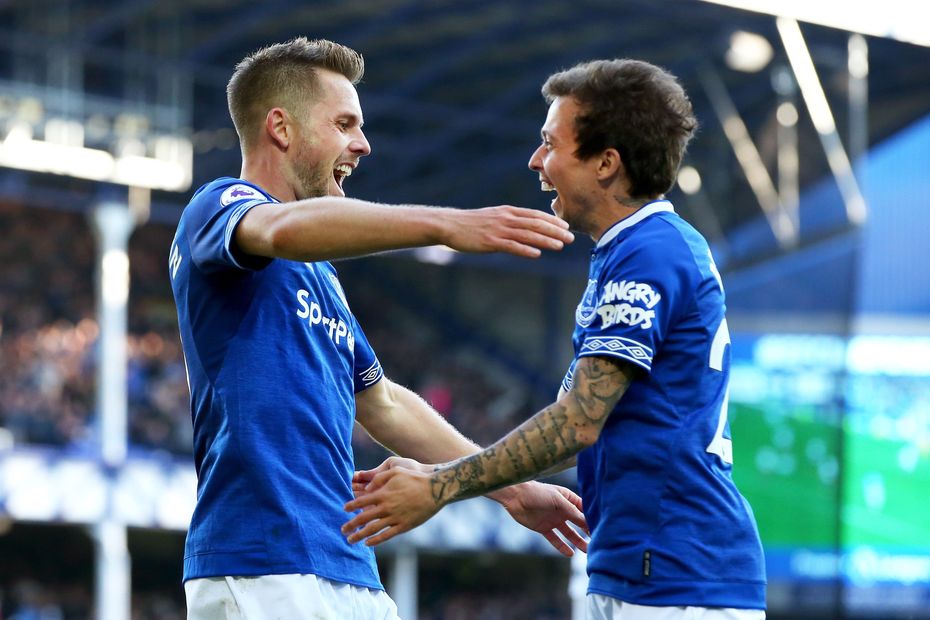 Adrian Clarke says Toffees must find a way to take the creative load off of Sigurdsson, Bernard and Digne in 2019/20

To fulfil their top-six aspirations Everton must find a way to create more goalscoring chances.

The Toffees carved out only 278 opportunities from open play last season. That was less than relegated Fulham and ranked 12th among all Premier League teams.

They are too reliant on playmaker Gylfi Sigurdsson, left-back Lucas Digne and winger Bernard, who between them were responsible for 41 per cent of Everton's total chances created.

Adding creativity will be part of the solution ahead of their Premier League opener at Crystal Palace, but the lack of a striker who makes consistently intelligent runs is also a factor.

Young forwards Richarlison and Dominic Calvert-Lewin prospered in patches last season, but although they have bright futures, neither 22-year-old is the finished article.

Acquiring a seasoned striker with instinctively good movement may well be on Marco Silva's summer agenda.

Everton like to use the width of the pitch when they attack.

No team produced greater accuracy crossing into the box from open play last season, with left-back Digne delivering more than any player in the Premier League.

And as demonstrated in the table below, Everton's left flank outperformed their right last season, another area Silva may look to address.

Right-back Mason Holgate may be used more often after a loan spell at West Bromwich Albion, while Ademola Lookman will be a candidate for more game time.

Richarlison is another option to play on the right flank. That said, I anticipate the Toffees to move for fresh right-wing options.

On and off the ball, the likes of Seamus Coleman and Theo Walcott perhaps did not contribute enough from the right as Everton mustered an eighth-placed finish.

Everton defend from the front under Silva, an approach that helped them concede 12 fewer goals in the Portuguese's first season in charge than they did in 2017/18.

In fact, only the top four teams last term were breached on fewer occasions than Everton's 46.

Bearing in mind they conceded 16 set-piece goals, the most in the Premier League, they clearly have a pretty solid defensive base.

However, Phil Jagielka and Ashley Williams have left the club and loanee Kurt Zouma is back at Chelsea, leaving the Merseysiders short of central defenders.

Powerful defending at corners and free-kicks will be top of Silva's wishlist as he looks to strengthen his backline.