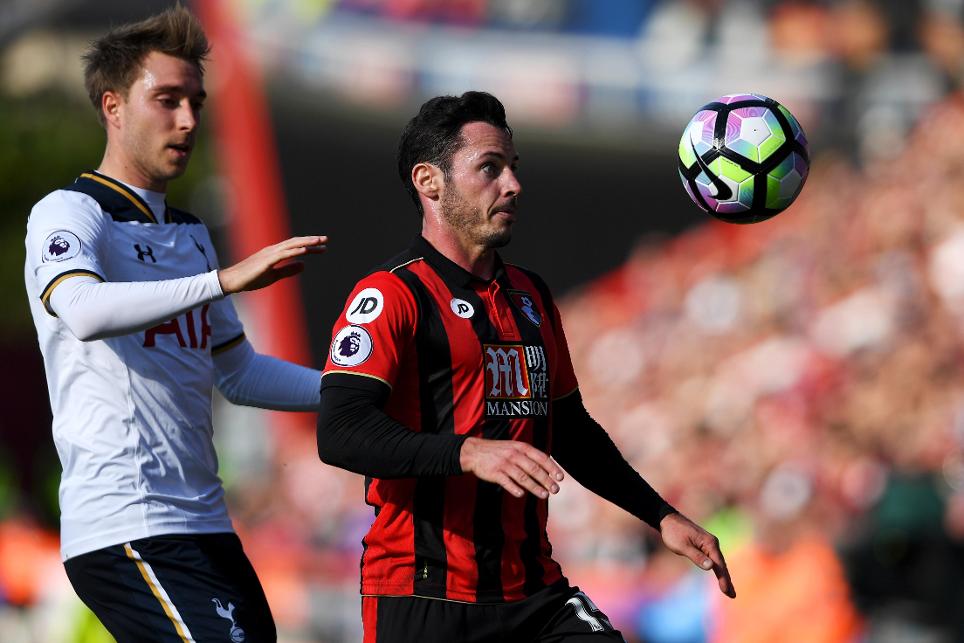 Artur Boruc (£4.6m) made it a clean sweep for the hosts with 29 in the BPS. The Poland goalkeeper made four saves to earn a single bonus point and consign Spurs to their first blank of the season.

Erik Lamela (£6.8m) was the runaway leader in the ICT Index on the south coast with a score of 13.1.

The Argentinian also created four scoring opportunities for team-mates, more than any player on show in Saturday’s early kick-off.

Christian Eriksen (£8.2m) claimed third spot. He scored 6.5 in the Index, firing four attempts on goal, though he found the target with only one of those efforts.

The raiding left-back produced an attempt on target from inside the box and created one scoring chance for the home side.

Cook, along with attack-minded full-backs Daniels and Adam Smith (£4.7m), all sit among the top seven scoring FPL defenders in 2016/17.

With matches against Middlesbrough, Sunderland and Stoke City over their next three fixtures, the Cherries' settled back four look set for further profit.

In attacking terms, the absence of Junior Stanislas (£5.6m) through injury came as a blow, although he is expected to return for the Gameweek 10 trip to Boro.

The winger had produced three goals and as many assists in his previous three league outings.

Spurs collected a fifth clean sheet of the campaign, without the services of the injured Toby Alderweireld (£6.4m).

But in attack, they have now scored only three goals in their last five matches in all competitions.

The South Korean, who had acquired more than 334,000 new owners ahead of Gameweek 8, mustered only one attempt on goal before being replaced on the hour-mark.

Having played a mere 19 minutes against West Bromwich Albion prior to that surge in ownership, Son's pitch time now looks in question.

A starting role could even be in doubt very soon, with Harry Kane (£10.7m) mooted for a return for the Gameweek 11 derby with Arsenal.

Spurs' midfield options have been dealt a potential blow by Moussa Sissoko's (£6.8m) charge for alleged violent conduct, confirmed by the FA today. He could now face a three-match suspension which would rule him out of Gameweeks 10 and 11.