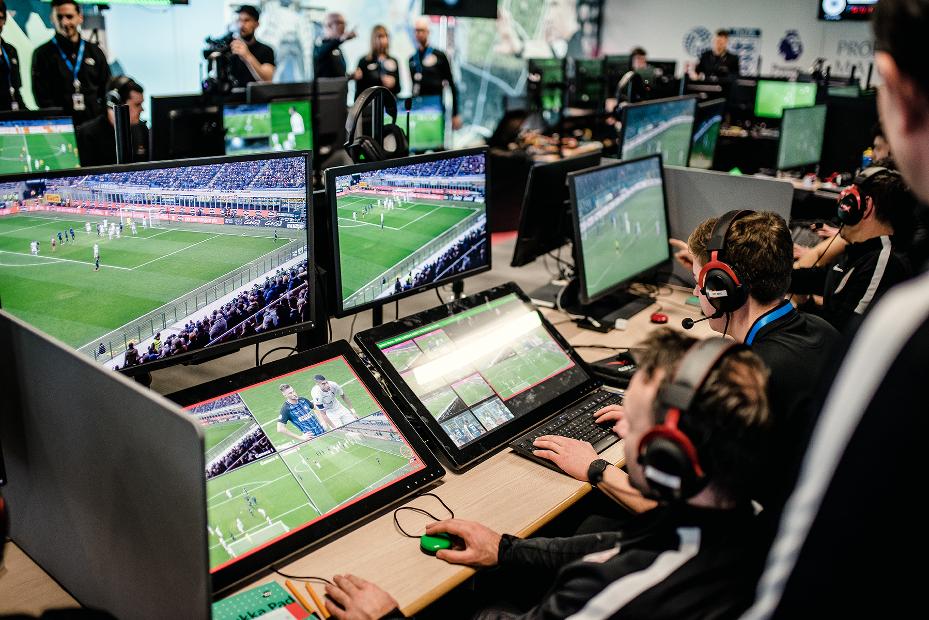 Clubs agree to introduce VAR from 2019/20 season
'VAR will help referees to make better decisions'
VAR: Everything you need to know

The new Premier League season will be the first to feature VAR after it was approved in November 2018 by the clubs and tested over the course of the 2018/19 campaign.

All 380 matches will have a VAR, a qualified referee who will be watching the match via screens at the VAR Hub at Stockley Park in west London.

The VAR will constantly monitor the match but will be used only for "clear and obvious errors" or "serious missed incidents" in four match-changing situations:

The VAR will work on the following basis: "Is what the on-field match official team did clearly and obviously wrong in those four key areas?"

If they think this is the case, the VAR can communicate with the on-field referee via a two-way radio system.

The final decision will always be taken by the on-field referee. The VAR does not make decisions and only advises the on-pitch referee.

Fans in the stadium will be told of any VAR-related delay in play via Premier League graphics on the big screens and/or announcements over the PA system.

In stadiums with big screens, the VAR may also broadcast definitive video clips for decisions overturned by the VAR to help explain the decision to the fans.