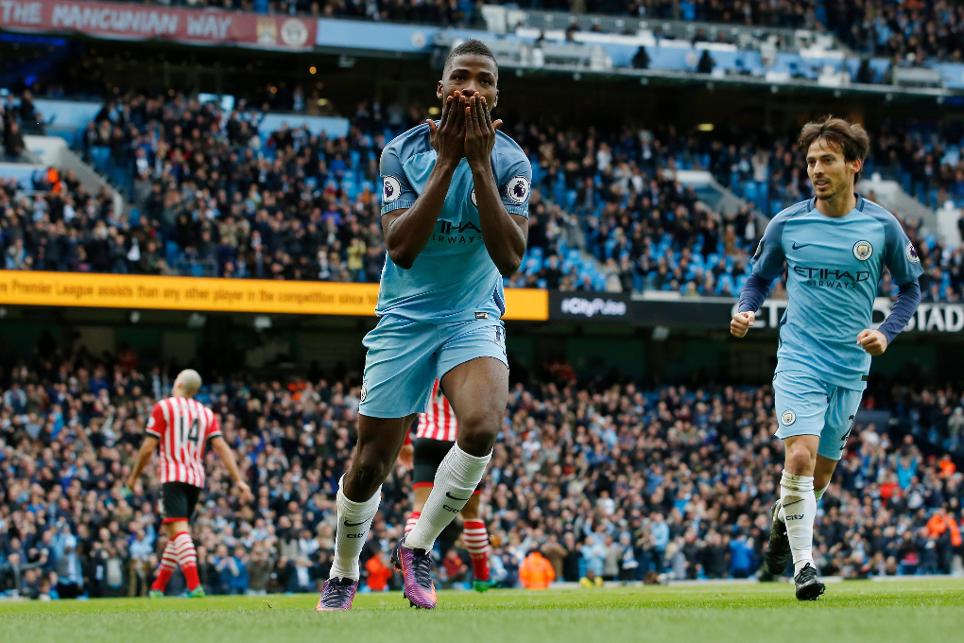 Manchester City came from behind to earn a 1-1 draw with Southampton and return to the top of the Premier League on goal difference.

Kelechi Iheanacho came on as a half-time substitute to score the equaliser to cancel out Nathan Redmond’s 27th-minute opener.

Southampton took the lead when Redmond pounced on a back pass from John Stones intended for Vincent Kompany, the City captain making his first PL appearance since 19 April, and rounded Claudio Bravo to silence the Etihad Stadium.

Stones thought that he had made amends shortly afterwards when he connected with Kevin De Bruyne's free-kick, only to be denied by an offside  decision against Sergio Aguero.

City threatened a second with Ilkay Gundogan and Iheanacho thwarted by Fraser Forster but City, who move on to 20 points along with Arsenal and Liverpool, had to settle for a point.