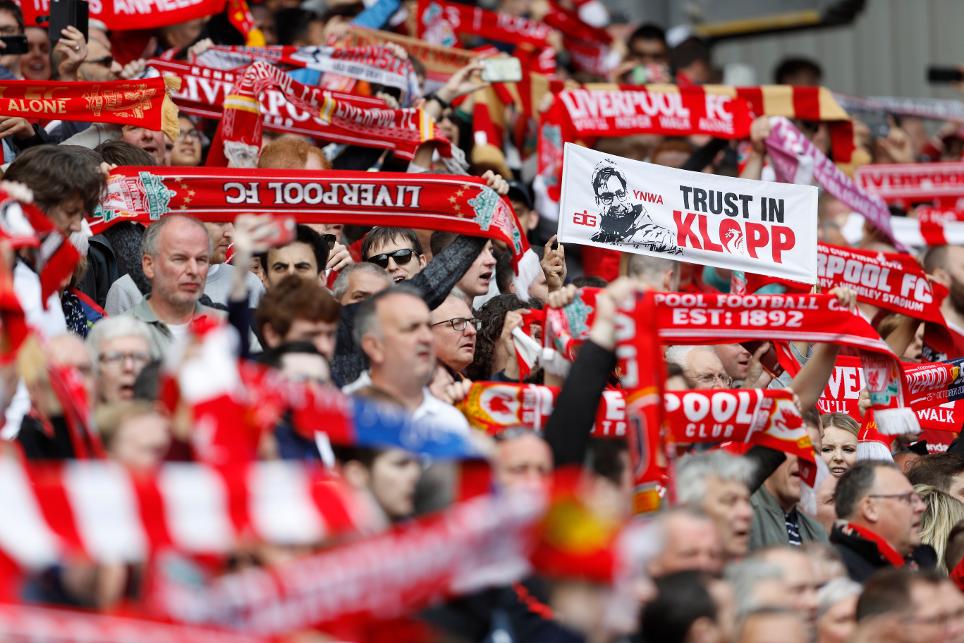 Liverpool have been named Club of the Year in the Premier League's VisitFootball Stadium Scheme awards.

It is the fourth successive season that Anfield has been ranked first by assessors, who visit stadiums to rate the experience for home and visiting supporters.

A series of recent developments has changed the face of one of the Premier League's most iconic grounds.

These include the main stand and stadium surrounds, fan zones and a new retail store.

It is, however, the club's investment in its people that helps make Anfield such a special place for fans of all teams to visit.

Liverpool's emphasis on people also earned the club the Warmest Welcome award, given to the club whose staff are rated first for service, welcome and friendliness.

"We are extremely proud to be awarded Best Club for the fourth consecutive season," said Peter Moore, Liverpool's Chief Executive.

"It is a fantastic achievement and a real testament to all the hard work that goes on behind the scenes across the club, to deliver a truly memorable matchday experience that fans will never forget."

Katherine Allen, the Premier League's Head of Policy and Supporter Relations said: "VisitFootball helps to make our grounds vibrant, welcoming places to watch and enjoy football by providing advice and support on everything from ticket purchasing to stewarding and stadium facilities to entertainment.

"Many clubs are achieving higher scores, so we congratulate Liverpool on continuing to provide such a memorable match day and winning two categories this season."

Cardiff City were named Extra Mile winners, a special merit award given to a club who have adopted an innovative approach to enhancing its match days.

Assessors were impressed by the club's thoughtful approach to prioritising the needs of fans in areas such as ticketing, staffing and stadium logistics.

One example was Cardiff's designated seating section, which ensures visiting supporters always have the option of unrestricted seated views of the match.

This scheme was representative of Cardiff's creative and flexible approach to new ideas that improve their fans' match day experience.

"Irrespective of division, it's our aim to continue building the matchday experience and improve every level of our fan engagement delivery.

"We'll do that in the Championship this coming term and hope to take our unique matchday experience back to the Premier League in the near future.

"I'd like to thank our staff at Cardiff City FC for delivering to the very highest of levels."

Delivering outstanding services and match days is a team effort but each season the assessors from LiveTourism, who complete the stadium visits and club debriefs, encounter individuals who have excelled in improving the experience for supporters.

This year's Unsung Hero is Jonathan Waite, who sadly passed away in November 2018.

As Head of Supporter Services at Tottenham Hotspur, Jonathan was instrumental in managing the relationship with fan groups as the club transitioned from White Hart Lane to its new stadium.

Jonathan won the same award in 2015 and worked on every VisitFootball season since its inception almost a decade ago, most recently helping to shape changes to the scheme that will continue to benefit clubs and supporters for years to come.

The Premier League is pleased to announce that in future years the Unsung Hero award will be named in Jonathan's honour, marking his outstanding contribution to delivering the level of high-quality experience that VisitFootball seeks to inspire.