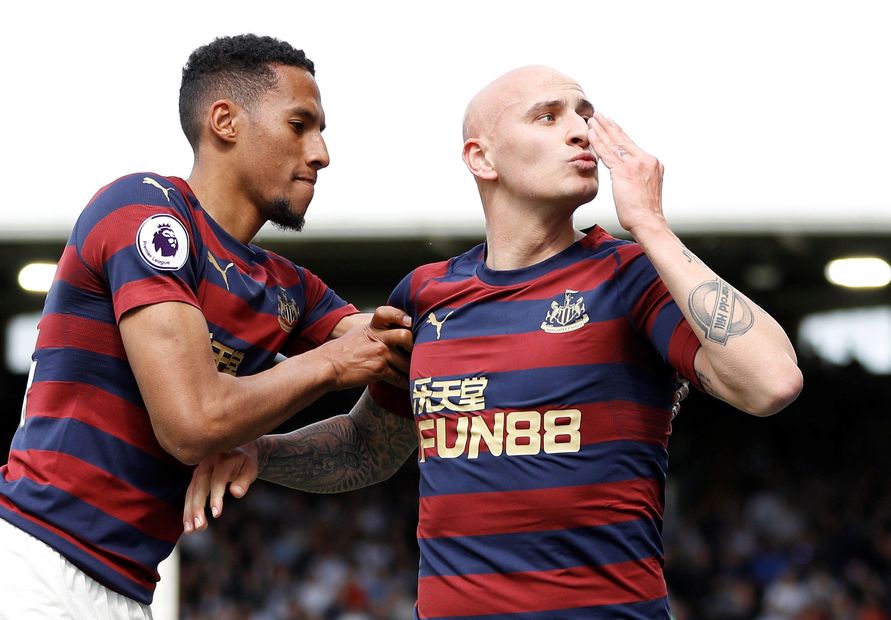 The next Newcastle United manager may want the team to gain more control of matches this season.

Under Rafa Benitez last term, Newcastle averaged only 40 per cent possession and made the third-fewest successful passes per match of all Premier League clubs.

Spending so much time without the ball placed additional pressure on their defenders but the Magpies still conceded only 48 goals, fewer than both Arsenal and Manchester United.

This was because Benitez is a master at keeping his players organised.

But this approach led to Newcastle winning only 12 matches last season, so Benitez's successor may look to adopt a more proactive tactical approach.

Having more of the ball and pushing opponents back might also be a change that pleases the St James' Park faithful.

But how would Newcastle switch styles between seasons?

To do so, alterations might need to be made in central midfield.

Time for Shelvey to shine?

Isaac Hayden and Mohamed Diame were the main midfield starters last term but their strength is physicality rather than technical ability.

They averaged 34.8 and 30.4 passes per 90 minutes respectively in 2018/19 and Diame has since been released by the club, while Hayden has expressed a desire to move closer to his family in the south of England

Ki Sung-yueng (41.3) and Academy graduate Sean Longstaff (38.4) were better passers but neither is seen as a dominant midfielder that can control the tempo of matches.

Newcastle need a hybrid of these two sets of players and, in Jonjo Shelvey, they may just have one.

Shelvey fell out of favour in Benitez's final season, making only 16 starts, but the 27-year-old would certainly suit a more possession-based style.

He averaged a massive 60 passes per 90 minutes last term.

Shelvey's ability to pull off the spectacular can also improve Newcastle in 2019/20.

The Magpies lacked a long-range threat last season and scored only two goals from outside the 18-yard box, courtesy of Salomon Rondon and February Carling Goal of the Month winner Fabian Schar.

Brighton & Hove Albion, with one, were the only team to score fewer.

Whether Shelvey features or not, I would expect Newcastle's new manager to recruit at least one box-to-box midfielder who provides a goal threat from deep.

During the previous campaign, Hayden, Diame, Ki, Longstaff and Shelvey contributed a combined total of only three goals and six assists.

That figure needs to improve.

A priority for Newcastle ahead of their opening match of 2019/20 against Arsenal is the acquisition of a centre-forward.

Rondon enjoyed the most prolific campaign of his Premier League career last season but the 11-goal striker's loan from West Bromwich Albion has ended.

In 2018/19 Ayoze Perez also produced his best return in his four top-flight seasons on Tyneside, scoring 12 goals, but he has also left St James' Park, moving to Leicester City on Thursday.

With Rondon and Perez now departed, signing a target man who specialises in attacking balls sent into the box is imperative because Newcastle play with width and have excellent crossers on both wings.

It will be fascinating to see which manager takes over from Benitez and what their tactical blueprint for the side will be for 2019/20.

Should Newcastle develop a formula that allows them to play with more attacking intent, without sacrificing too much solidity, they should fare well.