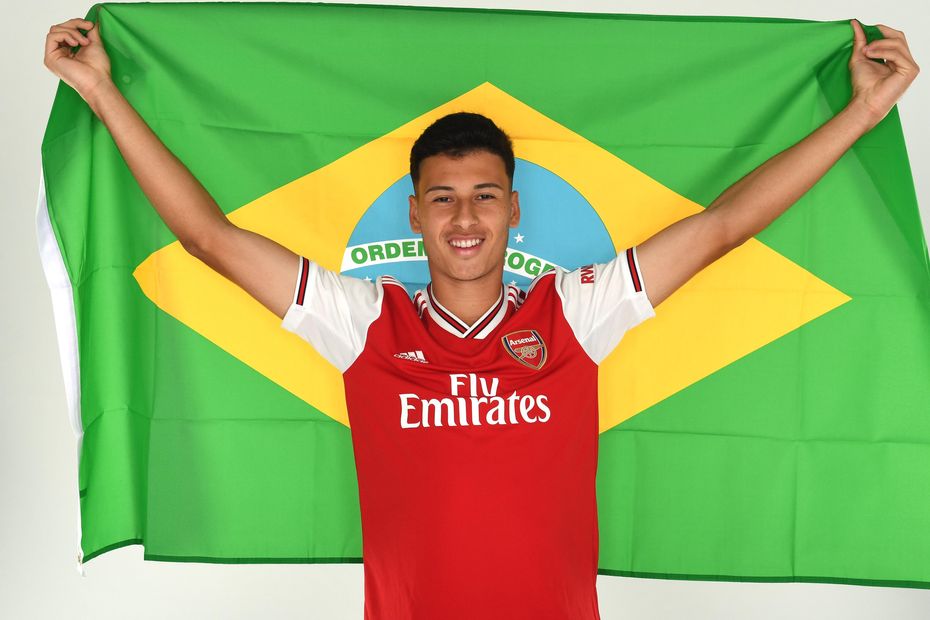 Arsenal have completed the signing of forward Gabriel Martinelli from Brazilian club Ituano.

The 18-year-old has agreed a "long-term deal" and joins Arsenal for an undisclosed fee.

Martinelli has scored 10 goals in 34 appearances since making his senior debut in November 2017, aged just 16 years and nine months.

He is the ninth Brazilian to join the Gunners and credits two of his compatriots for inspiring him to move to north London.

"I know Edu, Denilson and I know that they have a lot of history at the club," Martinelli told Arsenal's official website.

"Edu, in particular, I had a little contact with him at Corinthians as I had a spell there and I know they had a lot of success here but also for the national team. I am going to try to follow the same route."

Martinelli can play as a second striker or as a winger and is Arsenal's first summer signing.

Unai Emery's side begin their 2019/20 campaign at Newcastle United on 11 August.