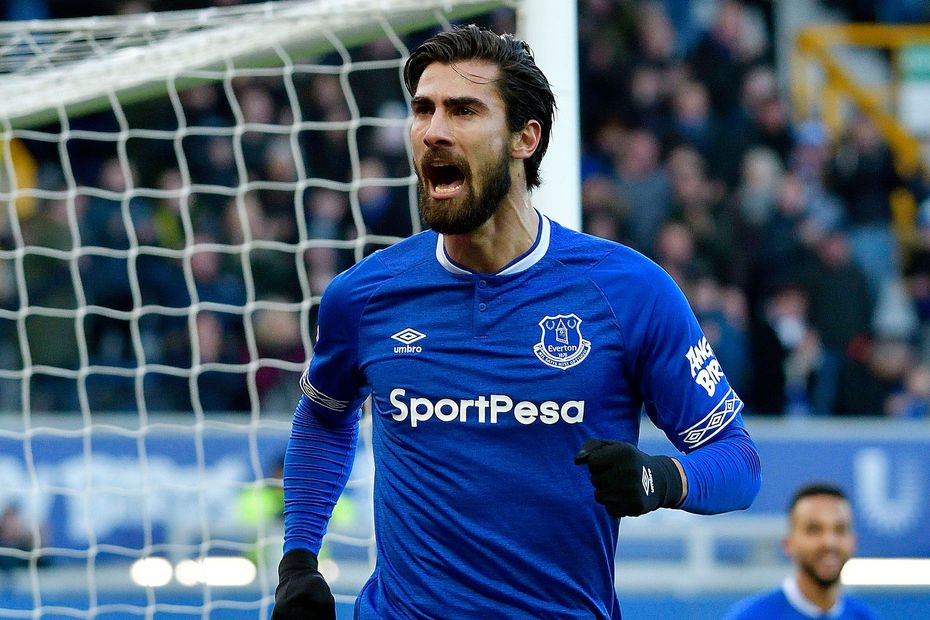 Everton have completed the permanent transfer of Andre Gomes in a £22million deal.

The Portugal international has agreed a five-year deal with the Merseyside club after a successful loan spell last season.

Gomes is Everton's second signing of the summer following the arrival of Jonas Lossl from Huddersfield Town.

He arrived from Barcelona last August and made 27 Premier League appearances for the Blues after his debut was delayed until October by a hamstring injury.

The 25-year-old midfielder's strike against Wolverhampton Wanderers was nominated for the Carling Goal of the Month award for February.

"I'm really happy to sign the contract with Everton - it wasn't hard to decide, it was an easy decision and I'm very happy to have made it," Gomes told the club's official website.

"I know the club made a massive effort to sign me and I'm very happy and thankful to them. I said during the year that I felt part of a family and that is the most important thing to me."

Gomes, whose first appearance for the Toffees came in a 2-0 win against Crystal Palace last season, can look forward to opening the Premier League campaign with a visit to the same opponents on 10 August.