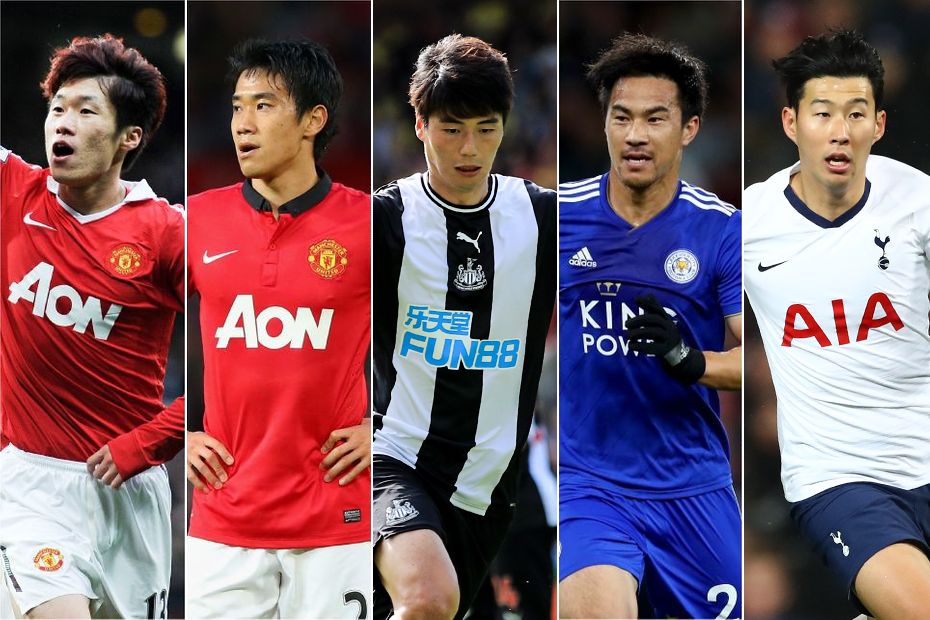 As Son Heung-min passes 50 goals, vote on who has been the greatest out of the Spurs attacker, Park Ji-sung, Shinji Kagawa, Ki Sung-yueng and Shinji Okazaki

Son Heung-min made Premier League history at Aston Villa on Sunday, becoming the first Asian player to reach 50 goals in the competition.

The Tottenham Hotspur attacker is one of a number of players from the continent to have graced the competition over the years and we want to know who you think is the greatest.

We compare five great Asian players to choose from in the poll below.

In his seven seasons at Old Trafford the midfielder became the first Asian to win each of the Premier League and UEFA Champions League. He played 154 times for Manchester United and Queens Park Rangers and endeared himself to fans across the world with his never-give-up attitude.

The midfielder was not only the first Japanese player for Man Utd but also the first to win a Premier League title, doing so in his debut season at the club. His three goals in one match against Norwich City also made him the first Asian to score a hat-trick in the competition.

The 30-year-old has made more Premier League appearances than any other South Korean in spells with Swansea City, Sunderland and current club Newcastle United. The 2019/20 campaign is his eighth successive season in England's top flight.

The Premier League's second Japanese champion was integral to Leicester City's 2015/16 title-winning season, famously scoring a spectacular overhead kick against Newcastle that edged the Foxes towards their first Trophy.

Tottenham Hotspur's Son is the highest-scoring Asian in the competition's history, with his 51 goals being more than double the total of anyone else. The South Korean became the first Asian recipient of the EA SPORTS Player of the Month award in September 2016 and has reached double figures for goals in each of the last three campaigns.