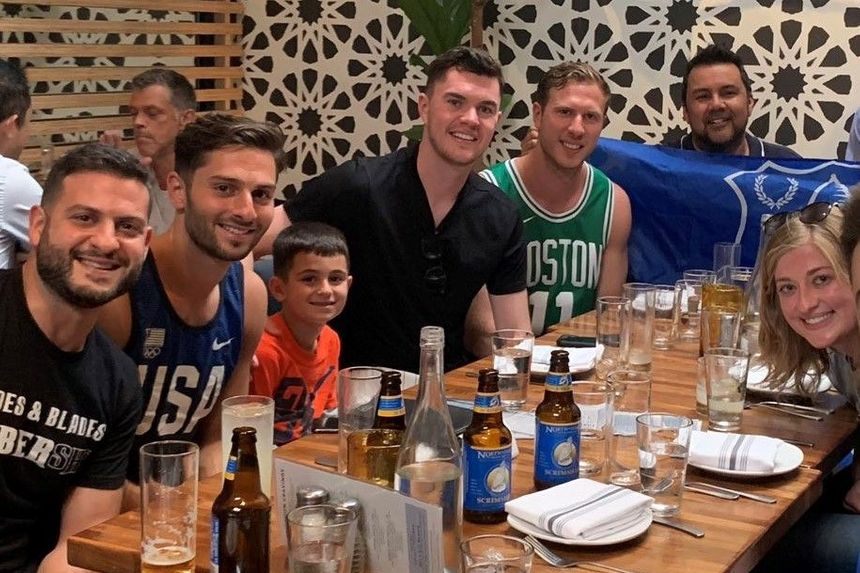 You might expect Premier League players on holiday to just get away from it all before they head back to pre-season training, but one on vacation in the United States showed his loyalty to his club by popping in to see a local supporters club.

Everton defender Michael Keane is holidaying in Los Angeles, but took time out to visit the Southern California Everton Supporters Club in his free time.

The 26-year-old met local fans and posed for photographs with them after club member George Hakopian messaged him on Instagram, having noticed that Keane was in the area.

Thank you @michaelkeane04 for sharing some of your vacation time with us! You are a class act all the way! #COYB pic.twitter.com/zP0RkViaJ9

"In fact he actually changed up his plans a bit just to work with us and our timing," Hakopian told the Liverpool Echo. "Which was the coolest thing. He actively made it happen."

While he was in LA, Keane also had his photo taken with a slightly more famous American, Oscar-winning actor Jamie Foxx.