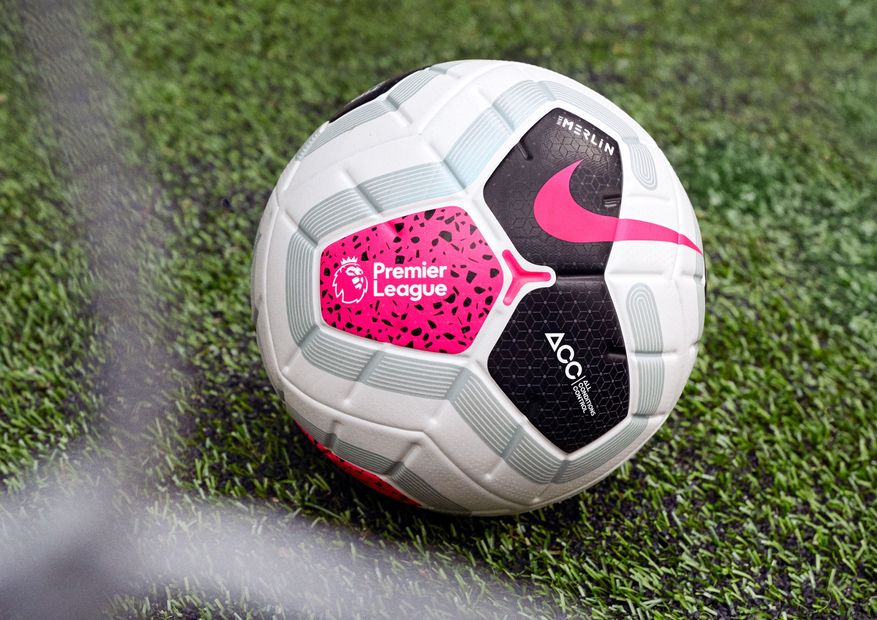 Premier League and Nike extend partnership
How the Nike Premier League ball has evolved External Link
Will 2019/20 start with a goal fest?

After a record-breaking season of goals, the Premier League will feature a ball like no other in the 2019/20 season.

The Premier League is the only competition across the world where you will be able to see the new Nike Merlin in action.

It is the first bespoke ball of its kind produced solely for England's top flight and coincides with the 20th anniversary of the partnership between Nike and the Premier League.

Last season's Nike Merlin hit the back of the net a record 1,072 times for a 20-team Premier League season.

In 2019/20, that number could be even higher thanks to Nike's latest innovations.

It has heightened visual clarity for players and spectators thanks to the new graphic layout and striking colour combinations.

The Nike "Aerowtrack" grooves on the ball will ensure a more consistent flight, while Urban Grip, an updated version of Nike’s All Conditions Control (ACC) technology, will give enhanced traction whatever the surface or weather.

Made only for the Premier League 👊

"We wanted to design a ball that specifically illustrated the traits of Premier League football," said Kieran Ronan, GM, Global Equipment at Nike.

"A ball that felt hyper-technical and precise in nature but also inspired by this English culture of living and breathing Premier League football."

The new Nike Merlin ball is sure to stand out thanks to a pink Nike swoosh and distinctive modular graphic, which borrows its look from the world-famous Nike Air footwear ranges.

This modular system also allows the graphic’s colours to be changed, so expect to see different versions of the ball throughout the 2019/20 campaign.

"The Premier League is often described as the most dynamic league in the world and we wanted to create a ball that reflects this," added Ronan.

The 2019/20 Premier League Nike Merlin ball is available to buy at nike.com.