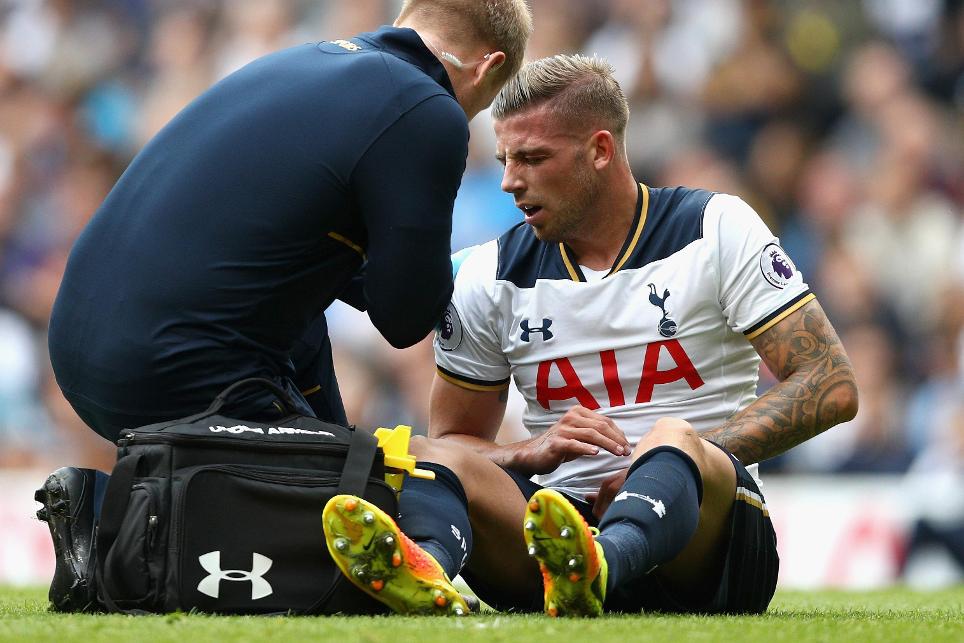 Injury news: Arter 50/50 while Max Gradel could be back External Link

On Saturday Tottenham Hotspur will be without Toby Alderweireld in the Premier League for the first time since the defender joined the club in 2015.

The defender has been ruled out of the Matchweek 9 trip to AFC Bournemouth with the injury that forced him off after 59 minutes of the 1-1 draw at West Bromwich Albion.

"The scan was clear but he is still feeling pain in his leg," Mauricio Pochettino told tottenhamhotspur.com. "He is recovering well but we need to wait. Like Harry [Kane], he's not available for the weekend but we are happy because it's not a big, big issue."

Before being substituted at The Hawthorns the Belgian had previously only been absent for just one minute of top-flight action for Spurs, having missed the closing moments of last season's 2-2 draw with Chelsea at Stamford Bridge.

Spurs could also be without left-back Danny Rose, who suffered a bruised foot in the UEFA Champions League on Tuesday, though Kane has returned to training this week and is working towards full fitness.

AFC Bournemouth manager Eddie Howe says that Harry Arter is 50/50 to be fit for the match at Vitality Stadium due to a knock sustained in the 6-1 defeat of Hull City.

Brad Smith (foot) and Lewis Cook (ankle) are unavailable for the hosts but Max Gradel (thigh) could feature.