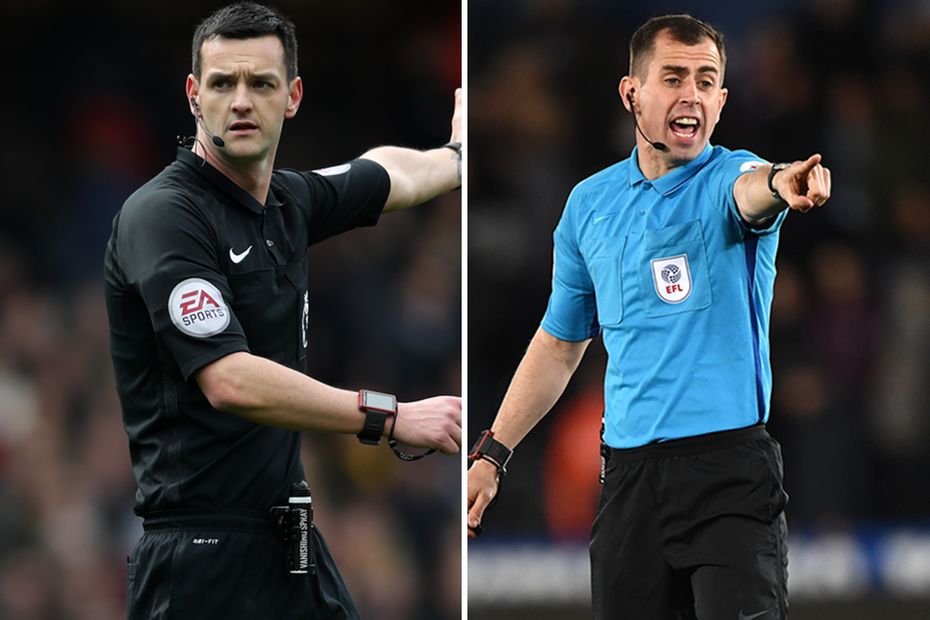 There will be two new regular referees in the Premier League this season after Professional Game Match Officials Limited announced that Andy Madley and Peter Bankes have been promoted to Select Group 1.

Madley (above, left) has been a Select Group 2 official for the last three seasons, mainly taking charge of fixtures in the Championship.

He refereed 31 Championship matches in 2018/19 as well as the League One playoff final between Charlton Athletic and Sunderland and the FA Trophy Final between AFC Fylde and Leyton Orient.

Bankes also joined Select Group 2 when it was formed three seasons ago.

The 37-year-old was fourth official at three PL fixtures in 2018/19 and for two seasons was an assistant referee in Select Group 1.

Last season he officiated in 27 Championship matches as well as at Turf Moor as Burnley hosted Arsenal.

"We are delighted to be welcoming Andy, Peter and Nick into Select Group 1 next season," said PGMOL Managing Director Mike Riley. "All three of them have performed extremely well in their roles as part of the Select Group 2 and in the Premier League fixtures they've been involved in to date.

"We are confident that they will all make a positive contribution to the Select Group next season and we look forward to helping with their continued development."