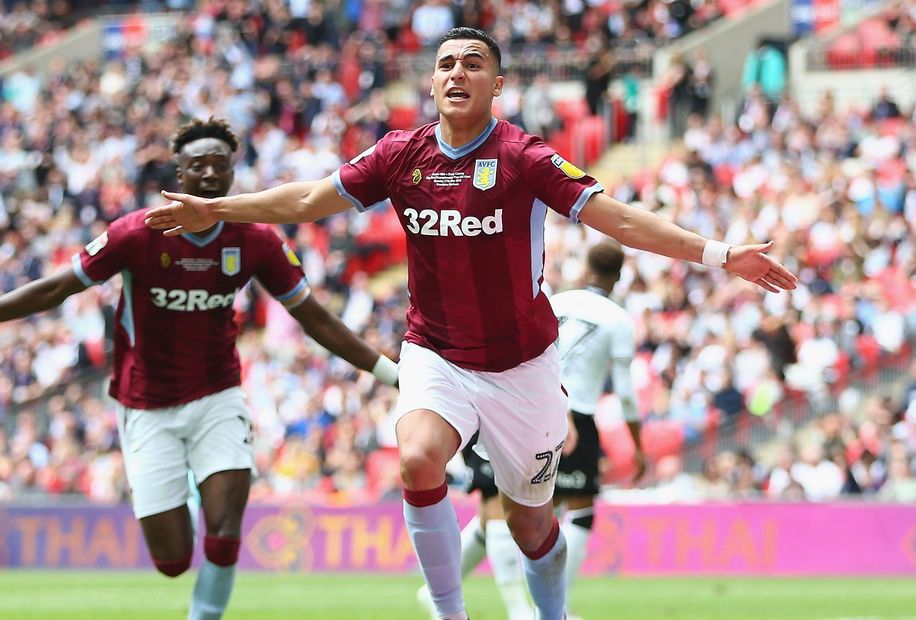 Aston Villa have announced that Anwar El Ghazi has joined the club on a permanent deal.

The 24-year-old winger, who spent last season on loan at Villa Park from French Ligue 1 club Lille, has agreed a four-year contract after moving for an undisclosed fee.

The Dutch international scored six goals in 37 appearances during Villa's promotion season, including a goal in the Championship playoff final victory over Derby County.

"He's ready for the step up to the Premier League and he's a young player who has an awful lot of potential," head coach Dean Smith told the club's official website.

"It's now my job and the job of the coaching staff and Anwar himself to fulfil the potential that he undoubtedly has."

We can now look forward to much more of this on a permanent basis. 🔥#AVFC pic.twitter.com/RGhxkGAPmn

El Ghazi is Aston Villa's second signing of the summer so far, following the arrival of Jota from Birmingham City.

Aston Villa will find out their schedule for the new campaign when the fixtures for the 2019/20 PL season are released on Thursday 13 June at 09:00 BST.