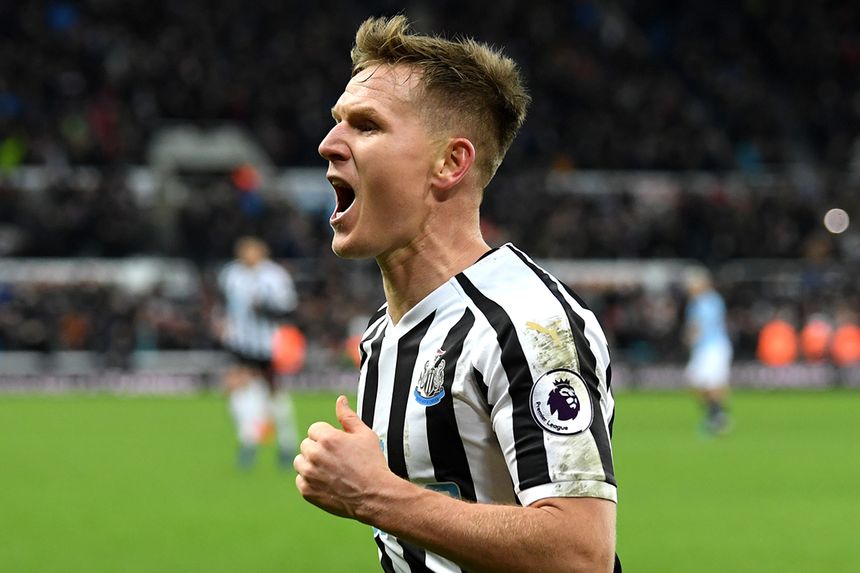 Jonjo Shelvey speaks about the summer, last season and his aims for next term External Link
FPL set-pieces: Penalties pay off for Pogba

The dead-ball delivery of Matt Ritchie (£5.5m) can be a big influence on Newcastle this season especially after a reassignment of position.

That total matched those of Eden Hazard and Trent Alexander-Arnold (£7.0m) in FPL and was surpassed by only five other players.

Ritchie's underlying statistics back up his potential for assists.

His role as No 1 for penalties for Newcastle helped him further. The Scotland international took two of their three spot-kicks, converting one of his attempts.

And his reassignment as a defender in Fantasy will only add to his potential, since he will now get an extra point for goals scored than he did as a midfielder.

Kenedy took the other penalty but has returned to his parent club Chelsea.

This means 50 per cent of his contributions came from dead-ball situations.

The on-loan striker was the Magpies' first choice last season and fired nine attempts, scoring once.

The Swiss international produced 14 shots and scored two of his four goals this way.

Schar took one direct free-kick too, and his potential for more goals could be boosted if he takes over duties from Rondon.