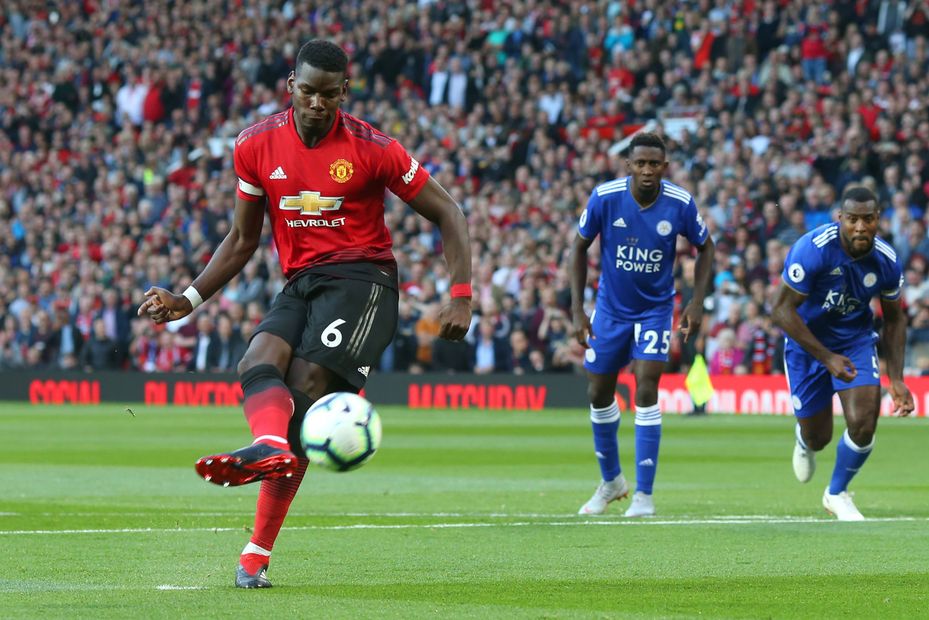 Rashford scores for England but is injured External Link

Smalling: The fixtures I always look out for External Link

The midfielder had scored just 11 goals in the previous two campaigns after returning to United from Juventus in the summer of 2016.

But his new role as their first-choice man for penalties transformed his potential.

Pogba stepped up for 10 of them, finding the net with seven of his attempts.

The Frenchman netted only five of his 13 goals from open play last season.

Yet he still finished as the seventh highest-scoring midfielder on 179 points, with 10 assists also to his name.

Marcus Rashford (£8.5m) was another to benefit from dead-ball duties.

Rashford also recorded 21 shots from free-kicks or corners, more than any team-mate.

Having established himself as a regular under Ole Gunnar Solskjaer midway through the season, the 21-year-old’s influence looks set to grow in 2019/20.

United’s aerial threat at free-kicks and corners has room for improvement.

The 10 headed shots by Chris Smalling (£5.5m) at set-pieces was a team-leading figure.

Indeed, from Solskjaer’s first match in charge in Gameweek 18, they struggled in this particular area.

Smalling and Victor Lindelof (£5.5m) were their top performers, despite managing only five headed shots each in the final 21 Gameweeks.

It's also worth noting that Luke Shaw (£5.5m) took 10 corners after the new manager was appointed, which could also boost the left-back's assist potential in 2019/20.