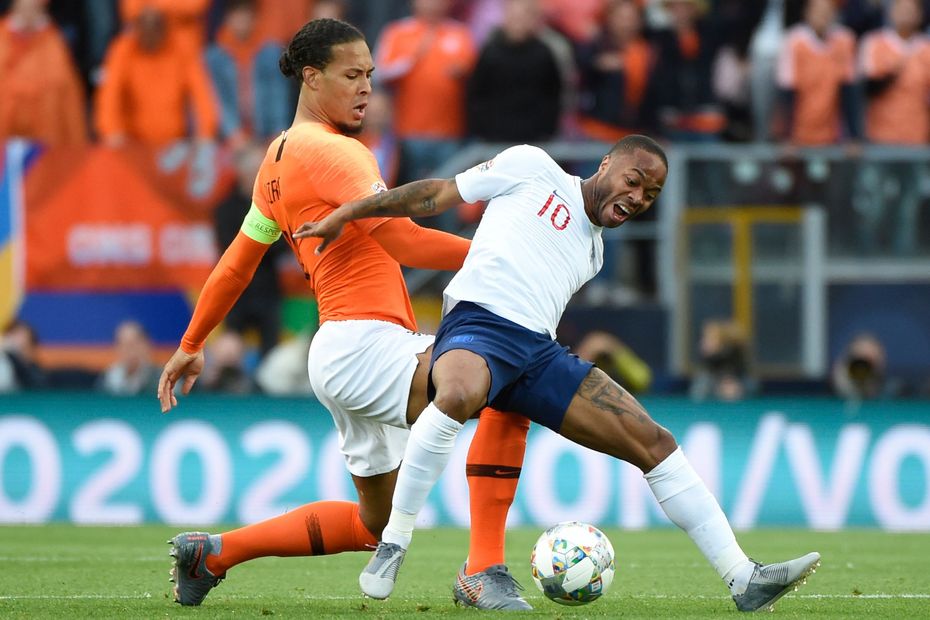 Rashford scores for England but is injured External Link

Virgil van Dijk and Georginio Wijnaldum have booked themselves a second European final in eight days after the Netherlands beat England 3-1 in the UEFA Nations League semi-final.

Four days after winning the UEFA Champions League with Liverpool, the pair started in Guimaraes, Portugal, among 19 players from the 2018/19 Premier League who featured in the match.

Marcus Rashford gave England a half-time lead from the spot, after the Manchester United forward had won the penalty.

But Matthijs de Ligt's header midway through the second half took the match into extra-time, where Kyle Walker's own goal and a strike by Quincy Promes earned victory for the Netherlands.

They will meet on Sunday evening a Portugal side who qualified for the final by beating Switzerland 3-1 in Porto thanks to Cristiano Ronaldo's hat-trick.

Xherdan Shaqiri, Fabian Schar and Granit Xhaka played for Switzerland, who will face England in the third-place playoff at 14:00 BST on Sunday.