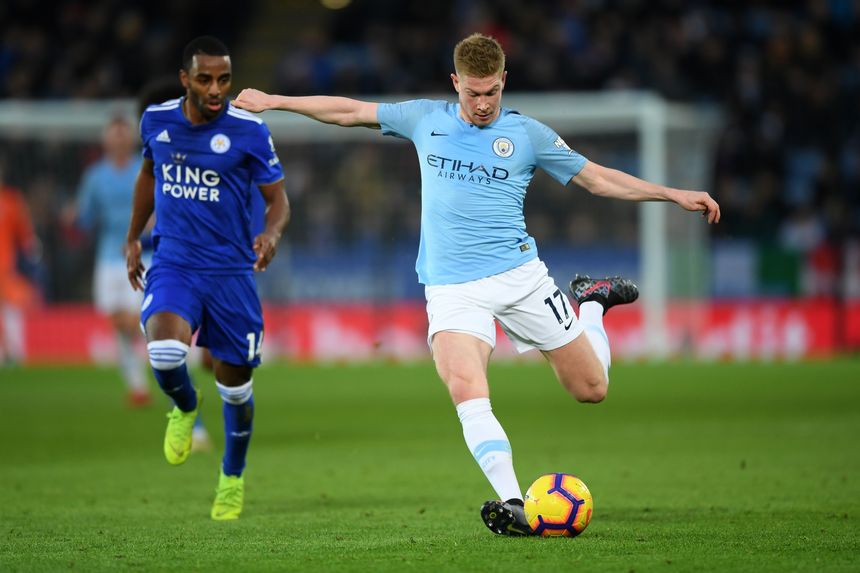 Having scored 95 goals on their way to the title, Man City's key attackers richly rewarded their Fantasy owners last season.

Yet their record from set-pieces suggests there is still room for improvement.

They had 147 shots from free-kicks and corners in 2018/19, the third-highest total in the Premier League.

But they scored from only 12 of those situations, or 8.2 per cent.

By comparison, their title rivals Liverpool netted 22 set-piece goals, converting 15.5 per cent of their 142 attempts.

The absence of Kevin De Bruyne (£9.5m) for the majority of the season was a key factor.

The Belgian was restricted to only 11 appearances due to injury and managed only two goals and three assists.

De Bruyne's performances in the previous campaign highlight the huge influence he can have for Man City.

In 2017/18, only three players in FPL bettered his 34 chances created from set-pieces.

And he was ranked second for both successful corners into the box and direct free-kick attempts, with 40 and 15 respectively.

Ilkay Gundogan (£5.5m) was their top performer for chances created at set-pieces, with 16, and successful corners into the box, with 19.

And the five direct free-kick attempts by Leroy Sane (£9.5m) were a team-leading figure.

As such a dominant player for Pep Guardiola's side, De Bruyne's return to full fitness can be a big boost for FPL managers in 2019/20.

It can also be good news for Aymeric Laporte (£6.5m), who was City's main threat at set-pieces last term.

The Frenchman scored all three of his goals this way, from a total of 17 attempts.

Indeed, Laporte’s total of 15 headed shots from set-pieces was bettered by only seven FPL defenders.

Sergio Aguero (£12.0m) remains City's first-choice penalty taker, converting both of his efforts from the spot.

But the vast majority of the Argentinian's goals came from open play. He netted 18 of his 20 efforts this way, second only to the 21 of Liverpool's Sadio Mane (£11.5m).