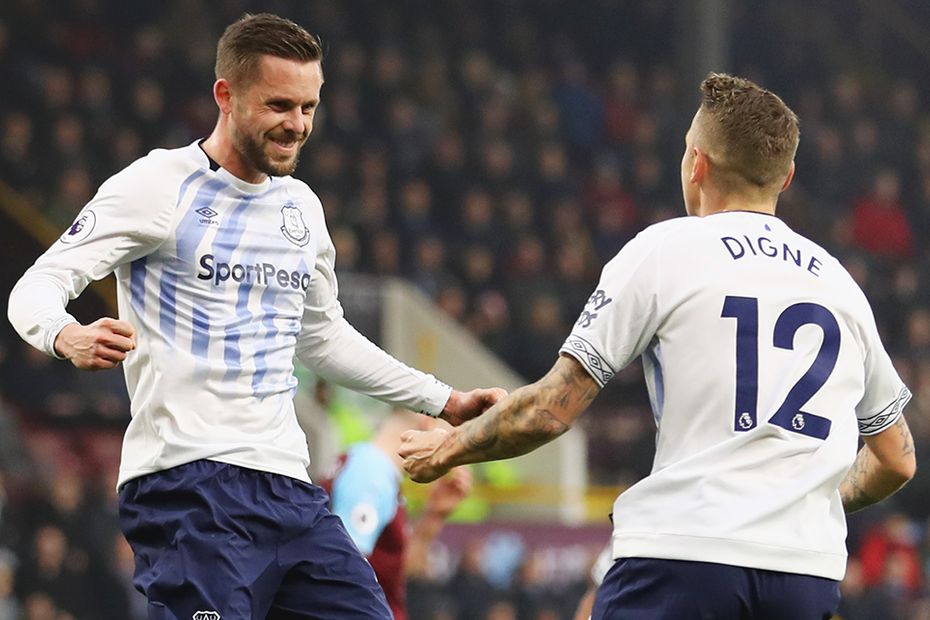 The Toffees created 75 chances from set-pieces, more than any other side, in their first campaign under manager Marco Silva.

As a result, they scored 16 goals from such situations, second only to the 22 of Liverpool.

Sigurdsson and Digne's corners and free-kicks were a huge factor behind that return.

Indeed, when it came to creating chances at set-pieces, Sigurdsson and Digne both ranked in the top six players in FPL with 35 and 32 respectively.

To put this into perspective, no other side had more than one player in the top 15 for this statistic.

Digne's impressive delivery suggests he could be handed a larger share of set-pieces in the upcoming campaign.

He found a team-mate with 35 of his 83 corners into the box, giving the left-back an accuracy rate of 42.2 per cent.

By comparison, midfielder Sigurdsson was successful with only 25.7 per cent, or 26 of 101.

That helped Digne create 71 chances overall, at least 21 more than any other defender in FPL.

He scored two of his four goals this way. Only James Maddison (£7.0m), with three, scored more direct free-kicks.

Sigurdsson's appeal is strengthened by his role as Everton's first-choice penalty taker, even if he struggled from the spot.

The Iceland international took all five of the Toffees' spot-kicks but scored on only two occasions.

He did convert the rebound of one of those misses, however, and is expected to stay on penalties.

Finally, defender Michael Keane (£5.5m) is another player who could profit this term.

The centre-back's total of 28 headed shots from set-pieces was more than any other player in FPL.

With the accurate deliveries of Digne and Sigurdsson, plus the attacking prowess of Keane, Everton are set to provide FPL points aplenty,