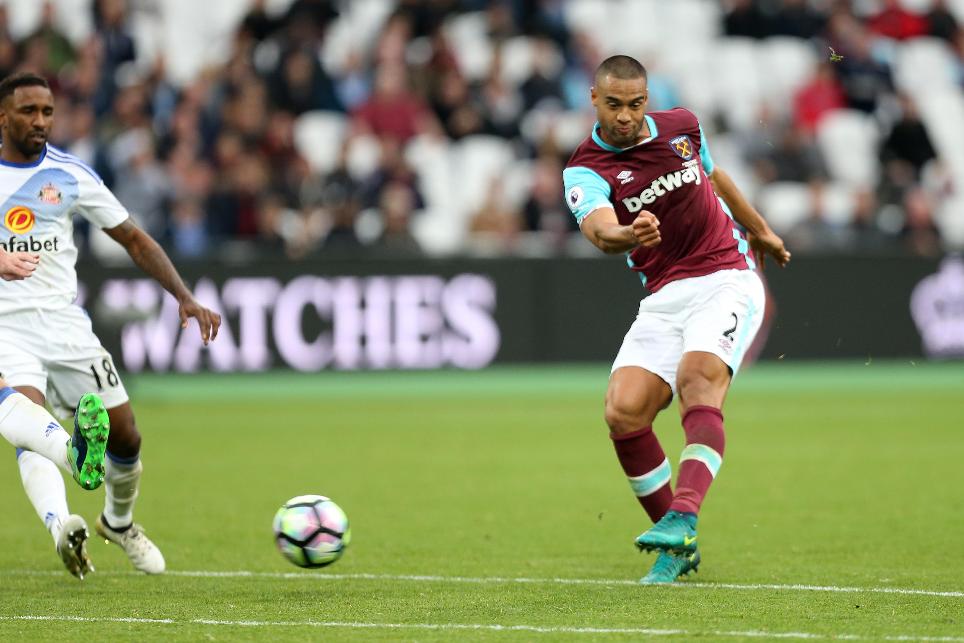 Winston Reid scored a stoppage-time winner for West Ham United at the London Stadium as Sunderland's winless start went on.

Sunderland looked on course for a point but Reid struck an effort from outside the area in the 94th minute.

West Ham had twice gone close to scoring through Dimitri Payet who, after a superb run, saw a shot saved by Jordan Pickford and hit an upright.

Patrick van Aanholt fired wide for Sunderland after a one-two with Jermain Defoe, whose 20-yard effort was saved by Adrian while Jack Rodwell headed a corner over.

Sunderland almost made a flying start to the second half when Wahbi Khazri went through, only to shoot straight at Adrian and Reid punished the Tunisian's miss at the death.