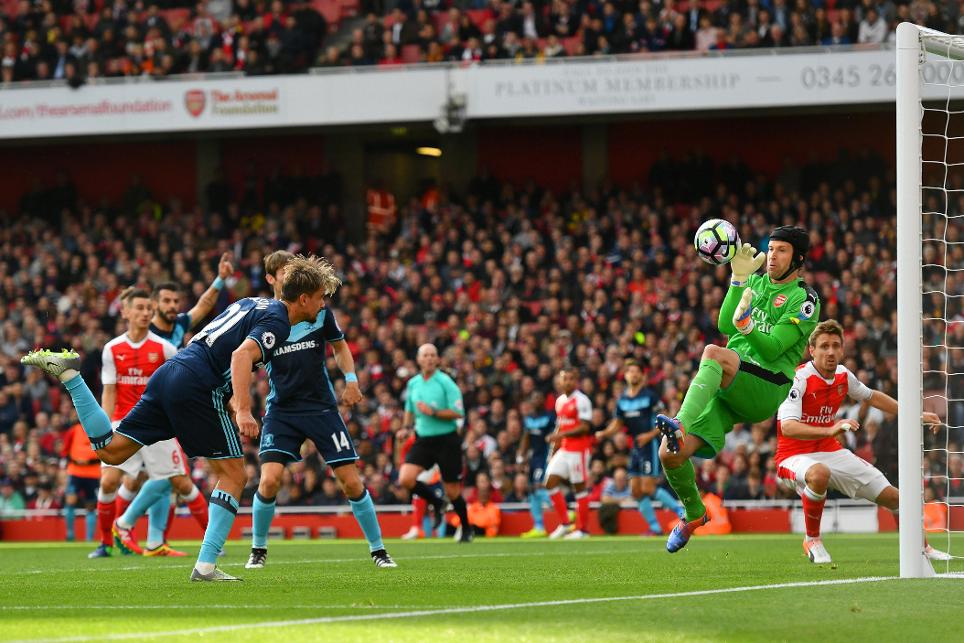 Arsenal's winning run ended in a hard-fought draw with Middlesbrough.

Looking to celebrate Arsene Wenger’s 67th birthday with a seventh successive Premier League win, dominated but Middlesbrough created the better opportunities with Petr Cech pulling off a series of saves.

Adama Traore went through on goal, only to be denied by Cech, who saved Alvaro Negredo’s shot on the follow-up.

Gaston Ramirez's free-kick hit the crossbar and had a close-range header kept out by Cech, while Alexis Sanchez’s free-kick forced a fine save from Victor Valdes.

After the break a fine strike from Sanchez was tipped wide by Valdes, while at the other end, Cech on hand to turn Traore’s effort around a post.

Arsenal thought they had won it in stoppage time when Mesut Ozil turned in Alex Oxlade-Chamberlain’s cross-shot, but the German was offside.