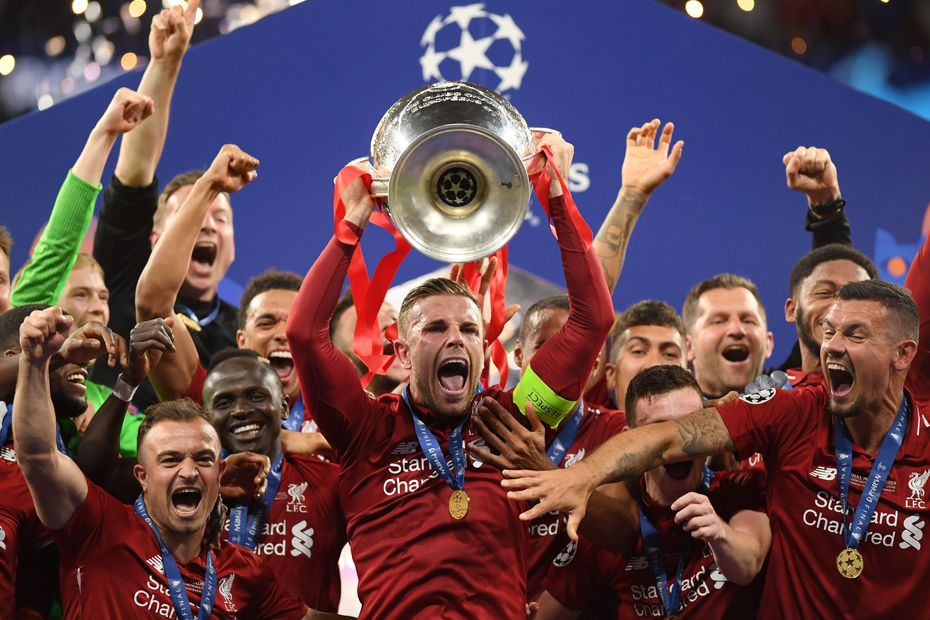 Goals from Mohamed Salah and Divock Origi sealed a sixth European Cup for Liverpool as they beat Tottenham Hotspur 2-0 in Madrid.

In only the second all-English final in the competition's history, Salah put Liverpool ahead inside two minutes.

The Egyptian struck from the penalty spot after Moussa Sissoko had handled the ball after just 23 seconds.

Spurs came back, like they did throughout the season in the UEFA Champions League, but struggled to create a clearcut chance for the fit-again Harry Kane to match their dominance.

Spurs did not seriously test Alisson until the 80th minute but the Liverpool goalkeeper stood up to the late pressure with a number of impressive saves.

After scoring the goal that got Liverpool to the final, Origi came on to seal the victory with three minutes of normal time remaining.

The Belgian drilled the ball home after a corner had not been cleared.