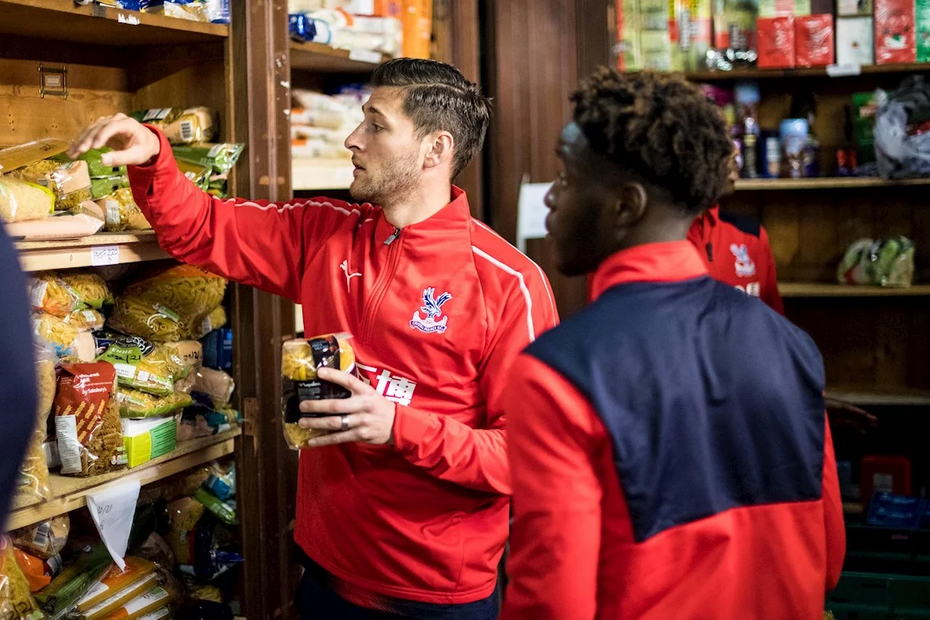 When players and staff from Crystal Palace learned that the nearby Norwood & Brixton Foodbank in south London needed help expanding into a larger space, they were happy to help.

Almost 30 players and staff, including first-teamers Joel Ward and Connor Wickham and members of the Academy, went along to organise food donations and move furniture in a church before transporting supplies into the cleared space.

While there, they also learned about the project, which relies on donations and volunteers to operate.

"You don’t have to go too far to find poverty,” Ward told Palace's official website.

In the UK, more than 14million people live in poverty, including 4.5million children. The food bank centres, of which there are more than 1,800 nationwide, provide for free a minimum of three days' nutritionally balanced emergency food to people who have been referred in crisis.

Palace Under-23 goalkeeper Dion Henry said the experience was an "eye-opener" for him and others.