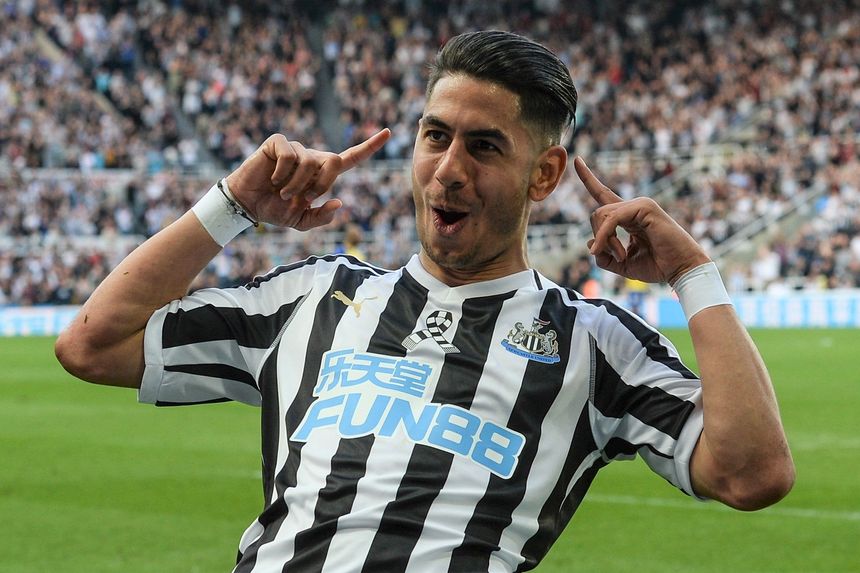 FPL Positions: Look out for midfielders who go forward

Ayoze Perez’s prolific end to 2018/19 looks promising for his FPL prospects next term.

The Newcastle forward managed only three goals in the first 26 Gameweeks.

But a change in formation to fit in January signing Miguel Almiron resulted in a boost to Perez's productivity.

Playing centrally in a 3-4-2-1 set-up, Perez scored nine goals in the final 12 Gameweeks.

He averaged 6.1 points per match (ppm) during that run, compared with 2.7ppm beforehand.

Perez ranked among the top four forwards for value in terms of points per million for the second successive season, with 23.1.

However, he was still overshadowed by Newcastle team-mate Salomon Rondon.

And the statistics show that Rondon was the key man for Rafael Benitez’s side.

The Venezuelan's 60 shots were more than any Newcastle player, while his 30 chances created were the second-most for the club.

But with uncertainty whether Rondon will stay at Newcastle or return to West Brom, managers must wait and see what the Magpies' forward line will look like next season.

At the back, goalkeeper Martin Dubravka remains the standout defensive performer for Newcastle.

The Slovakia international finished 36 points ahead of the club's top-scoring defender, Jamaal Lascelles.

But Dubravka's starting price of £5.0m was a big deterrent.

Despite bringing in 11 clean sheets and making 96 saves, he was bought by just over 103,000 managers this season.

The 30-year-old was placed only ninth for value among goalkeepers.

As a price drop seems unlikely, Dubravka may well be overlooked again as managers seek out cut-price alternatives.

Up front, Perez could continue to thrive in his new role and get more goals. But FPL managers are likely to wait for a decision over Rondon's future before judging Newcastle's attacking prospects next season.