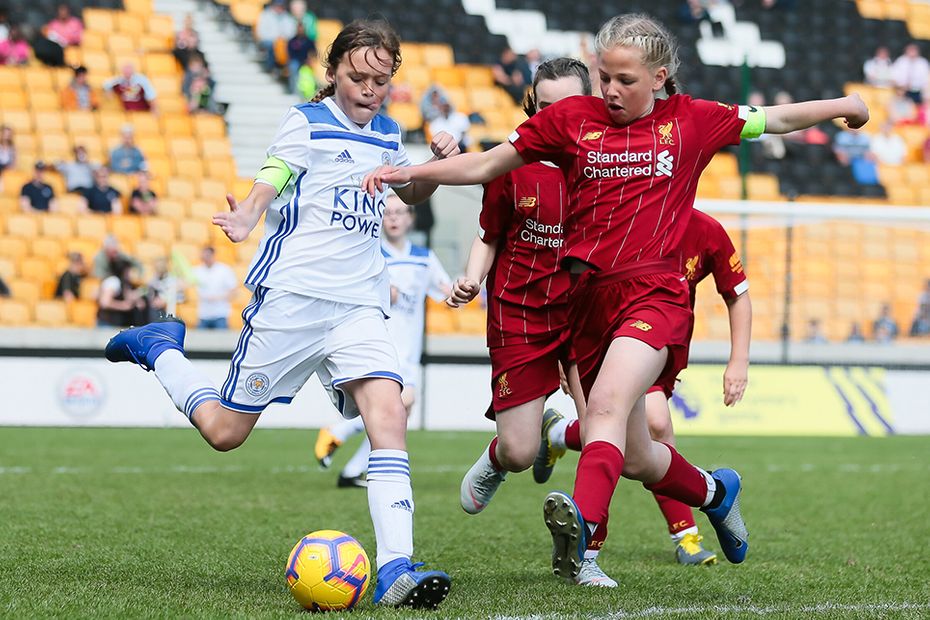 Hundreds of girls and boys are being given the belief to achieve their dreams thanks to the Premier League Primary Stars Football Tournament.

This year's event took place on Tuesday at Wolverhampton Wanderers' Molineux Stadium as schoolchildren across England and Wales were given the chance to experience what it is like to be a professional footballer, play matches in a 32,000-capacity stadium and be refereed by top-flight officials.

Leicester City's Queensmead Academy lifted the Under-11 Girls' trophy and their coach says the opportunity to take part has inspired more girls to play the sport.

"The girls have been amazing," said Dominic Gordon. "This is the first year we've entered the competition so to get to the final and win is amazing.

"Every year girls football is growing, it's getting bigger and bigger. We train every week and the numbers have tripled over the last two or three months. A lot of that is down to PL Primary Stars.

"The girls talk about it to their friends and everyone else wants to be involved."

🗣 'For us it's about giving back to the children'

On the other side of the tournament, the Under-11 Mixed competition was won by Orchards Junior School who lifted the trophy for Brighton & Hove Albion.

Their teacher believes taking part in the Premier League Primary Stars programme and competing at a national tournament will give the pupils extra belief.

"We want the kids to have the experiences to really push them on, not just for football but for anything in their life," said the school's eLearning Leader and Year 6 football coach Jamie Parkinson.

"This opens doors for them. It opens up possibilities. They start thinking, 'Maybe I can do this.' I want these boys to have that belief.

"Going forward, everything in the classroom they will link back and remember when we talked to them about being positive and about seeing good in the things they do.

"Every team that's been at the tournament has won something. We sat in the stands with a lot of the teams and everyone was so friendly. It was all about a community and the community of the Premier League, given by this event, has been fantastic."

"It will probably get us in front of the whole school!" 👊