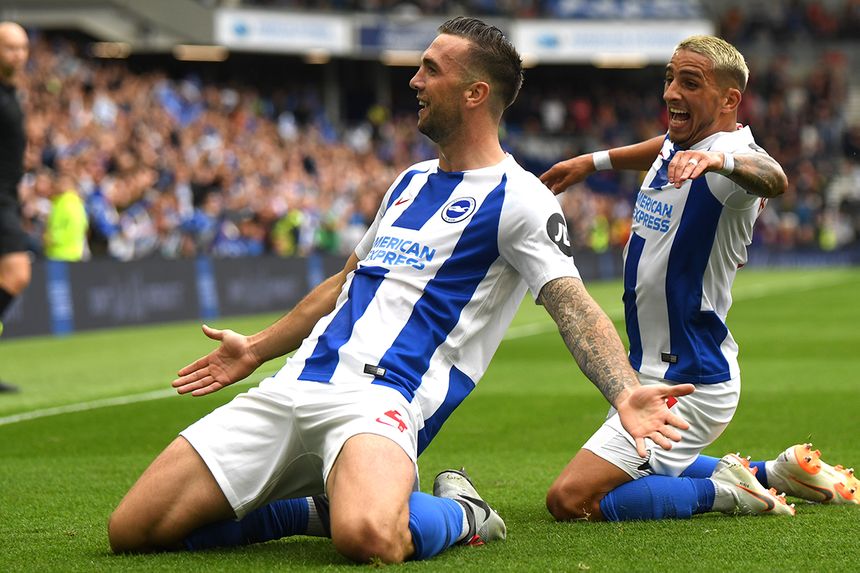 Adrian Clarke analyses what we can expect to see from Brighton & Hove Albion next season under Graham Potter.

The appointment of Potter as head coach signals a major change in direction for Brighton.

Under Hughton, Brighton played in a rigid 4-4-1-1 formation and averaged under 42 per cent of possession last season. Only three teams had less of the ball.

Potter will change that.

In spells with Swedish club Ostersunds and most recently Swansea City, the 44-year-old gained a reputation as a modern and progressive young coach who loves possession-based football.

Potter will be one of the most tactically flexible managers in next season’s Premier League.

In his seven-and-a-half year spell at Ostersunds he used an array of shapes and systems to help guide the club from Sweden’s fourth tier to the top flight and the UEFA Europa League.

This season Potter started with 10 different formations in 46 matches as he led Swansea to 10th place in the Championship.

No other club who kept the same manager for the whole season altered their shape as many times.

What these stats do not tell you is that Potter is extremely fluid in his in-game management, too.

During many matches this term he used multiple formations over the course of 90 minutes.

He will ask his Brighton players to frequently switch between shapes.

Playing out from the back

In their two Premier League seasons to date Brighton, who finished 15th and 17th, have not been known as a team who try to play out from the back.

But expect to see risks being taken in possession in 2019/20.

At Swansea, Potter's players were encouraged to start moves with their goalkeeper, and even though they were caught out on occasion, they quickly developed a style that helped them pass through the lines effectively.

He gives his players the confidence to receive passes anywhere on the pitch, which was evident when Ostersunds met Arsenal in the UEFA Europa League in 2017/18.

In less than one season in charge, Potter transformed the Swans back into the kind of possession-based side we saw when Roberto Martinez and Brendan Rodgers were in charge.

In fact, no team made more passes or short passes than Potter’s men in last season’s Championship. And they also played the fewest number of long balls.

Potter’s appointment suggests the Seagulls want to try and impose their football on opponents more often next season, taking greater initiative on the ball.

There will be ups and downs, especially while the players grow accustomed to the new demands, but Potter’s record is impressive.

He is a bright tactician, albeit not a flawless coach.

Last season Swansea conceded 22 goals from set-pieces, the most in the division.

However, Potter’s fresh ideas should prove popular with players and fans at the Amex Stadium.

He will bring in a new philosophy to create an identity that is attractive to watch.

Will it take Brighton to the next level? Only time will tell, but that is clearly the reason behind this piece of bold recruitment.