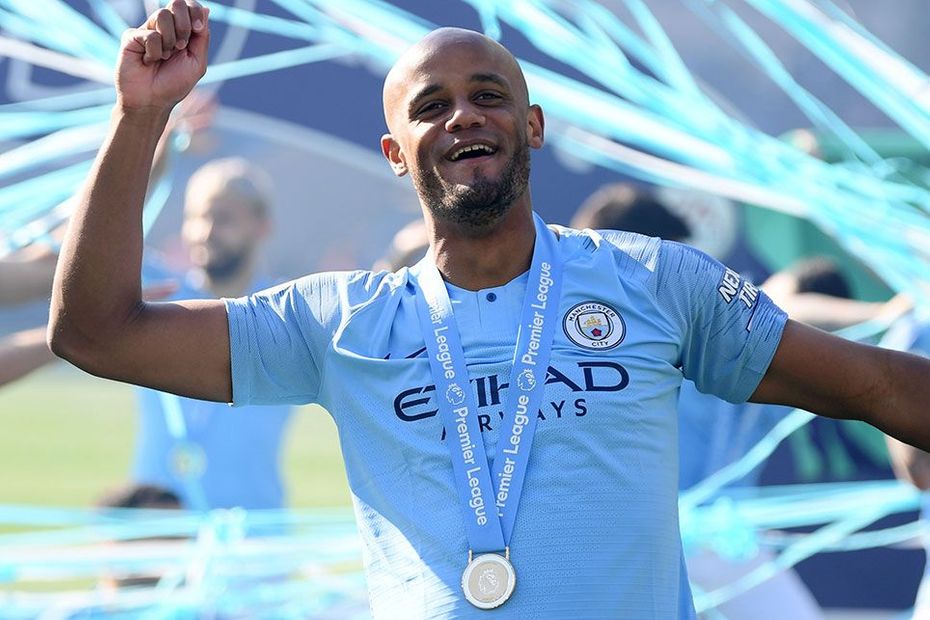 'We will miss Vinnie so much' says Pep External Link

Vincent Kompany has announced that he is going to leave Manchester City this summer.

The 33-year-old defender lifted the FA Cup for the second time on Saturday following Man City’s record-equalling 6-0 victory over Watford at Wembley Stadium.

And having become the first player to captain an English side to an unprecedented domestic treble of Premier League, FA Cup and League Cup, Kompany has decided to depart on a high note.

"Countless of times have I imagined this day," said Kompany in an open letter on Facebook. "After all, the end has felt nearby for so many years.

"Man City has given me everything. I've tried to give back as much as I possibly could."

"How often does someone get the chance to end such an important chapter, representing a club with such great history and tradition, in such a great fashion?"

Kompany, who will now become player manager at his former club Anderlecht, in Belgium, signed for City from Hamburg in 2008 and played an integral role in the most successful era in the club’s history.

He captained the club to four Premier League titles, two FA Cups and four League Cups during his 11 seasons at the Etihad Stadium.

The Belgium international scored 18 goals in 265 Premier League appearances, the last of which was a spectacular winner against Leicester City, on his final home appearance, which helped City edge the 2018/19 PL title by a point from Liverpool.

"His leadership, intelligence and determination have seen him adapt brilliantly to playing under four different managers and overcome some debilitating injuries," City chairman Khaldoon Al Mubarak told Man City's official website. "He is a special character who has answered every demand the club has made of him.

"We now look forward to celebrating his testimonial match in September so that we can properly celebrate his City contribution. He will always be part of the City family."